JACKSON – A 50-year-old Jackson man has been charged with two counts of murder after he allegedly strangled his pregnant girlfriend killing her and her unborn child. 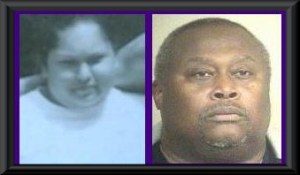 Jackson Police Officer Colendula Green said officers responded to a residence in the 2000 block of Teresa Drive on Jan. 11 in reference to an “unresponsive individual.” When officers arrived, they discovered Day in the home. She was pronounced dead at the scene.

Pending the investigation, Green said many details about the case could not be released, but Hinds County Coroner Sharon Grisham-Stewart confirmed that Day was in the third trimester or seven to nine months pregnant at the time of her death.

Police would not release if Hawkins was the father of the child.

Green said Hawkins and Day were dating and lived together.

Hawkins is being held without bond.