JACKSON – Malcolm White has been named director of the Mississippi Development Authority’s (MDA) Tourism Division. White, who brings to MDA more than 40 years of experience in the economic development and tourism industries, began his new position on Jan.14. 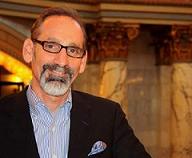 Previously, White served for seven years as the executive director of the Mississippi Arts Commission (MAC). There, he was responsible for overseeing the agency’s staff and operations and driving its mission of supporting and celebrating the arts in Mississippi and the state’s creative culture.

Prior to joining MAC, White served as co-owner of Hal and Mal’s, a downtown Jackson restaurant and entertainment venue. He is also founder of the Mal’s St. Paddy’s Parade, which benefits the Blair E. Batson Hospital for Children and attracts visitors from around the country to the Jackson area each year, and WellsFest, a family festival held each year in Jackson.

White holds a bachelor’s degree in social studies from the University of Southern Mississippi. Throughout his career, he has been a member of and served on the committees of numerous civic organizations. White is presently involved in a variety of organizations, including South Arts, the Mississippi Country Music Trail, the Governor’s Awards for Excellence in the Arts and Downtown Jackson Partners. Recently, White was named Chairman of the Mississippi Blues Commission and Vice Chairman of the State’s Bicentennial Committee.