CORINTH – (AP) The Corinth Board of Aldermen has approved an ordinance governing the sale of liquor inside the city. 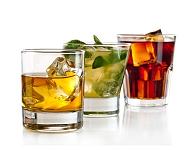 Corinth voters approved the sale of alcoholic beverages in a Dec. 11 special election. The ordinance was approved Wednesday, Jan. 2.

The Daily Corinthian reported that the ordinance generally mirrors the regulations of the state’s Alcoholic Beverage Control division. The city will ask the ABC for variations regarding by-the-drink sales in restaurants on Sunday and the hours of package stores.

City Attorney Wendell Trapp says an ordinance typically becomes effective 30 days after legal publication in the newspaper. It is also unknown how long the ABC will take to consider the city’s requests for exceptions to the rules.

The ABC regulations do not include Sunday sales at restaurants, but cities may petition the ABC to allow it.

The ordinance would allow by-the-drink sales on Sunday between 1 p.m. and 10 p.m. Package stories would be open from 10 a.m. to 9 p.m. Monday through Saturday. The closing time is an hour earlier than set out in ABC regulations.

Restaurant by-the-drink hours would be 10 a.m. to midnight on the days of Monday through Saturday.

The board also amended the city’s beer ordinance to allow beer sales in restaurants on Sundays during the same hours.

Tourism leaders are asking for an increase in funding from officials of the city of Corinth and Alcorn County.

The Daily Corinthian reported the Corinth Board of Mayor and Aldermen and Alcorn County Board of Supervisors will complete their budgets in September for the coming fiscal year.

The Corinth Area Convention and Visitors Bureau wants an increase in its monthly allotment of tourism tax funding from $42,000 to $45,000. Crossroads Arena is poised to receive $200,000 from the tourism budget, down from $250,000 in the current fiscal year. […]