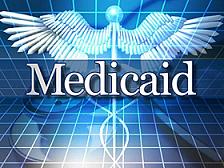 JACKSON – (AP) Mississippi lawmakers can expect to be pulled in opposite directions this year on a big-dollar question of whether to expand Medicaid.

Gov. Phil Bryant and fellow Republicans who lead the House and Senate say they oppose expansion because they believe the state can’t afford to put millions more dollars into the federal-state health insurance program for the needy.

On the other side, health advocates say Mississippi – one of the poorest states in the nation – can’t afford to turn down billions of federal dollars that would come with expanding Medicaid under the Affordable Care Act, the federal health care law that President Barack Obama signed in 2010. Hospitals and other providers want lawmakers to consider the economic benefits that could come from an influx of money from Washington.

The federal law gives states the option to expand Medicaid to people making 133 percent of the federal poverty level starting in January 2014. The federal government would pay 100 percent of the expansion costs between 2014 and 2017 for the newly eligible people who enroll. The federal share would then phase down to 90 percent for those people by 2020.

Senate Public Health Committee Chairman Dean Kirby, R-Pearl, said he doesn’t think expansion will be approved this year to prepare for 2014. Even if a bill were to pass the House and Senate, Kirby said the governor has made it clear he’d veto it.

“We do not have the votes to override a veto, I’ll tell you that,” Kirby said.

Mississippi’s population is about 3 million. In September, 641,573 state residents were on Medicaid. An expansion could add an estimated 300,000 to 400,000 people. Estimates vary on how much an expansion would cost the state, and how much it would bring in over the next several years.

Using the 95 percent participation rate, which researchers considered the most likely scenario, the study shows 310,039 people could be added by 2025. In that year, Mississippi would spend $159.1 million more on Medicaid than it is spending now, while the state would receive an additional $63.3 million in revenue. That puts the state’s loss of money at $95.8 million.

Bryant said he worries federal government will renege on its promise to pay expansion costs after 2020, leaving the state with a huge expense.

“I am not going put my children burdened with that type of debt into the future,” Bryant said.

A high number of uninsured residents puts Mississippi at a disadvantage in trying to attract industry because businesses want to go to places where workers are healthy, said Ed Sivak, director of the Mississippi Economic Policy Center. The nonprofit group advocates policies to help people with low and moderate incomes. Sivak said expanding Medicaid would help people who are currently uninsured improve their health by having access to regular doctors’ visits. He also said an expansion could help add thousands of health care jobs.

The federal government pays at least 50 percent of Medicaid expenses in all states, and poorer states get a higher federal share. Mississippi gets the most generous federal share, roughly 73 percent.

WASHINGTON (AP) — Rick Santorum won the Alabama primary Tuesday night and clung to a lead over Newt Gingrich and Mitt Romney in Mississippi, deeply conservative Southern crossroads in the struggle for the Republican presidential […]

Sandy was called a category 1 storm, but no such storm like her had ever been seen on the east coast. A category 1 storm is usually mild, compared to the dreaded category 3 storm.

Stretching over an area of 1,000 miles with a full moon at her back, meeting a cold front coming in from the north, Sandy delivered devastation unseen on the eastern shores.