CHICAGO – Terry Glover, the managing editor of Ebony magazine, died of colon cancer at her Chicago home in the Bronzeville community. Glover was 57.

Ebony announced on its website that Glover died on Monday, Dec. 24. Her husband, Kendall Glover, told the Chicago Tribune that his wife had been fighting cancer for about two years. 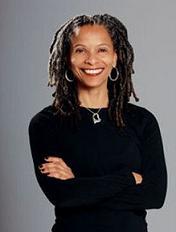 Terry Glover joined Ebony in 2006 and was appointed managing editor in 2009 after serving as a senior editor for the website for three years.

Glover was a graduate of Northwestern University who’d served in staff and freelance roles for Playboy, Savoy and Uptown magazines, as well as the Chicago Tribune, the Chicago Sun Times reported.

“She was a wife, a mother, an editor and a great friend,” said filmmaker Barbara E. Allen, who knew Mrs. Glover for more than 30 years. The two traveled Europe together in the early ’90s collecting material for a television travel show featuring black culture.

“The point is to focus on the African diaspora,” Glover told the Sun-Times in 1995. “It was important to show the many differences and the many similarities in films from all over the world.”

Glover grew up in St. Louis and moved to Chicago to attend college.

“She was a very witty person. Her father was a psychologist, so her level of humor was pretty sharp. She could hold her own with anyone,” her husband said.

The pair met in story-book fashion while waiting for an airplane at Midway Airport, he said. “She was beautiful and very smart, and I was an ex-military guy and had been around the world but hadn’t met anyone who had the vitality she had, and she pulled me into her world of art,” The Chicago Sun-Times reported.

Two of her favorite role models were Johnson Publishing founder John H. Johnson, whom she respected for his “chutzpah in getting the magazine off the ground,” and poet Maya Angelou, said her husband.

“Terry touched many with her warm spirit and glowing smile during her six years with Johnson Publishing,” Linda Johnson Rice, CEO of Johnson Publishing, said in a statement on the magazine’s website. Johnson Publishing owns Ebony. “Her contributions to Ebony were innumerable and her passion shone through in everything she did. Terry will be greatly missed.”

Amy DuBois Barnett, the magazine’s editor in chief, said “Terry was the heart and soul of the Ebony team. She was one of the best editors I’ve ever worked with, and had a lovely kind demeanor and a fabulous sense of humor. The Ebony team will feel her absence every single day.”

Glover is also survived by her daughters, Parri Finister and Maya Glover. Funeral services are pending.