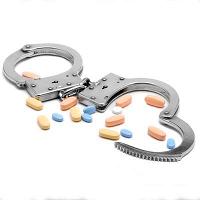 JACKSON – A Jackson County nurse has been arrested after allegedly taking drugs from a patient at a nursing center, Attorney General Jim Hood said.

Christina Henderson, 44, of Vancleave, was taken into custody by investigators with the Attorney General’s Medicaid Fraud Control Unit following indictment by a Jackson County indictment.

The indictment alleges that Henderson, while employed as an LPN at the Ocean Springs Nursing Center, took Norco (also known as hydrocodone) from a patient and converted it to her own use.

Henderson was booked into the Perry County jail to await transport to Jackson County. If convicted, Henderson faces not less than one year and up to five years behind bars.

A Greenwood nurse is facing charges that she illegally obtained drugs while she was on duty.

Stephanie Ray Barton, 46, formerly a licensed practical nurse (LPN) at Golden Age Nursing Home in Greenwood turned herself in to investigators with the Attorney General’s Medicaid Fraud Control Unit following indictment by the Leflore County Grand Jury on seven counts of “obtaining a controlled substance by means of fraud…”
[…]