JACKSON – Federal officials said two women have been indicted in connection with an embezzlement and bribery scheme related to grant funds and the construction of community housing projects in the Mississippi Delta. 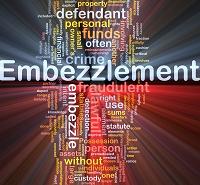 Connie Lewis, 52, of Jackson, an employee of the Mississippi Development Authority (MDA), faces nine counts of accepting a total of over $250,000 in cash bribes from Jimmy Stokes, a general contractor in the Mississippi Delta, in return for her influence at the MDA in directing federal grant funds to Stokes Construction Company.

Linda Balducci, 59, of Shelby, faces three counts of conspiring with Jimmy Stokes to embezzle federal grant funds in connection with the construction of low income housing in Isola, Mississippi.

Prosecutors say Stokes kicked $90,000 back to Balducci, who was executive director of Southeastern Development Opportunities, through sham payments of rent worth $59,400 to the organization and the purchase of three acres in Bolivar County from Balducci for $30,000. Those kickbacks, came, the indictment says, in connection with for $358,500 in invoices that Stokes submitted to dig a drainage ditch for the Isola apartments when the work only cost $20,000.

Southeastern Development Opportunities was founded in 1993 and had received grants to build low-income housing for residents of a number of Mississippi Delta towns.

This case is being investigated by the Federal Bureau of Investigation and the Department of Housing and Urban Development Office of Inspector General.

Stokes, who is from Mound Bayou, has not been indicted on the bribery charges. But he did plead guilty in 2009 to lying to an FBI agent about bribing a bank teller to deposit $1 million in bogus checks in 2004. Stokes was ordered to serve 10 months in federal prison, three years on supervised release and pay back $758,000 as part of that agreement.

CertainTeed joined local and state officials Monday to announce the company is restarting its ceiling tile manufacturing operations in Meridian, in the same facility it purchased in 2005.

The project represents a $24 million company investment and will create 110 new jobs by 2016.

Production is expected to resume during the second quarter of 2014. Once operational, the facility will produce a range of ceiling tiles and acoustical wall panels used in commercial construction applications. […]

The Mississippi Development Authority (MDA) has announced the launching of the new Mississippi Minority Business Registry. The registry, which can be accessed online at www.mmbr.org, serves as an easy-to-use and reliable resource for public and private entities seeking the services of qualified minority- and women-owned businesses in Mississippi.