From the Governor’s office, the Mississippi Department of Education, Jackson Public Schools and Jackson State University, Mississippians expressed their sorrow and concern for the safety of all school children, after the Dec. 14 murder of 20 children and six adults by a lone gunman at Sandy Hook Elementary School, in Newtown, Conn.

In memoriam to the victims, a Memorial Bell-Ringing Service was held on the JSU campus Wednesday, Dec. 19 in front of Ayer Hall.

Witnessing the ceremony, Mississippi Link publisher Jackie Hampton, said, “A large crowd of students, staff and members of the community were in attendance. Some were crying softly and others were wiping away tears, especially during a solo performance by Jan Taylor-Ellis, administrative assistant to the dean, College of Business. She sang ‘I Don’t Know About Tomorrow.’

“Carolyn Myers, president of JSU, stated that the bell would ring 26 times, as we pray for ‘peace on earth and goodwill to all.’ Hilliard Lackey III, Ph.D, a Mississippi writer and retired professor of JSU rang the bell 26 times, one ring representing each victim as their names were called during the special service.”

According to Working Together Jackson, citizens in Jackson will remember the victims of the mass shooting by joining communities across the country and Mississippi children and schools in holding simultaneous prayer vigils Friday, Dec. 22, at noon.

The Jackson locations for the noon vigils are:

Gov. Phil Bryant issued a proclamation calling for a moment of silence and ringing of bells 26 times at 9:30 a.m. also on Friday.

In the proclamation, he stated, “I call upon all citizens of this state to observe this moment of silence and ask places of worship and government buildings, which have the capacity, to ring bells 26 times during that moment in honor of each life that was taken far too soon at Sandy Hook Elementary School.”

The Governor added, “We mourn with the families and loved ones of the victims, the wounded and the people of Newtown, Conn., from the acts of violence that resulted in the loss of 20 innocent children and six loyal educators…. Our prayers, along with the prayers of the nation, are with the families and friends of those who lost their lives…. The state of Mississippi wishes to remember the victims of this tragedy and honor those who gave their lives through heroic efforts by expressing its genuine sorrow.” 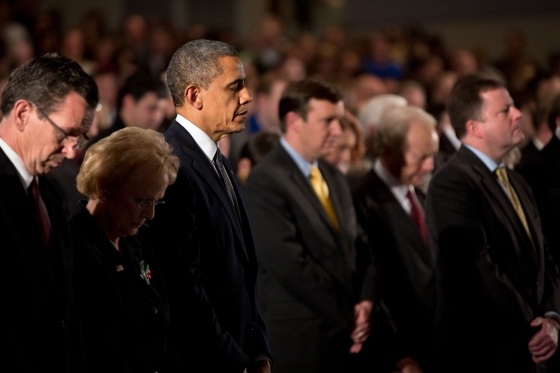 The tragedy in Newtown gave cause for school safety to be reassessed throughout the nation. Dr. Lynn House, interim state superintendent of education, issued a statement that read in part, “We are deeply saddened to hear of the tragic news in Connecticut…. In Mississippi, we know superintendents and principals are vigilant in ensuring safeguards are in place, and we continue to review our policies and procedures for any improvements.”

To reassure Jackson public school students and parents, JPS Superintendent Dr. Cedrick Gray, issued a statement: “This incident reminds us to be vigilant in our efforts to provide a safe working and learning environment for our students, staff and families. The JPS Campus Enforcement Department has a school crisis response plan in place to ensure the highest level of safety in all our schools. We mourn the loss of our brothers and sisters in education and pray for their strength during this tragedy. Our hearts go out to the victims and families of the deadly school shooting….”

U.S. Secretary of Education Arne Duncan addressed the nation in his statement expressing his dismay at “an incomprehensible and horrific tragedy”: “Words fail to describe the heartbreaking and savage attack on Sandy Hook Elementary School. As a father of two children in elementary school, I can barely imagine the anguish and losses suffered by the Newtown community.”

A visibly shaken president of the United States Barack Obama in his remarks to the nation on Friday immediately after learning of the Sandy Hook tragic events stated, “We’ve endured too many of these tragedies in the past few years. And each time I learn the news I react not as a president, but as anybody else would – as a parent. I know there’s not a parent in America who doesn’t feel the same overwhelming grief that I do.

“As a country, we have been through this too many times. Whether it’s an elementary school in Newtown, or a shopping mall in Oregon, or a temple in Wisconsin, or a movie theater in Aurora, or a street corner in Chicago – these neighborhoods are our neighborhoods, and these children are our children. And we’re going to have to come together and take meaningful action to prevent more tragedies like this, regardless of the politics.”

President Obama also issued a proclamation to the country: “As a mark of respect for the victims of the senseless acts of violence perpetrated  Dec. 14, 2012, in Newtown, Conn. by the authority vested in me as President of the United States by the Constitution and the laws of the United States of America, I hereby order that the flag of the United States shall be flown at half-staff at the White House and upon all public buildings and grounds, at all military posts and naval stations, and on all naval vessels of the Federal Government in the District of Columbia and throughout the United States and its Territories and possessions until sunset, Dec. 18, 2012.

“I also direct that the flag shall be flown at half-staff for the same length of time at all United States embassies, legations, consular offices, and other facilities abroad, including all military facilities and naval vessels and stations.” 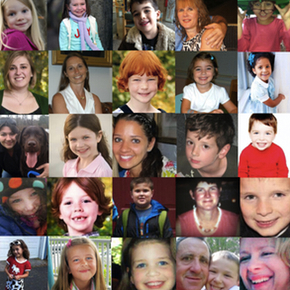 In just five days after the tragic mass shooting, the President began to move towards a more comprehensive gun control and reform bill. He pledged to move swiftly and at a briefing in the White House Wednesday, Dec. 19, he gave details of his plans, stating that he has asked Vice President Joe Biden to lead an effort to include members of his Cabinet and outside organizations to come up with a set of concrete proposals no later than January 2013.

The President said, “This is not some Washington commission. This is not something where folks are going to be studying the issue for six months and publishing a report that gets read and then pushed aside. This is a team that has a very specific task to pull together real reforms right now.

The President said Congress hasn’t confirmed a director of the Bureau of Alcohol, Tobacco and Firearms in six years – the agency that works most closely with state and local law enforcement to keep illegal guns out of the hands of criminals.

“Across the country there are regional differences. There are differences between how people feel in urban areas and rural areas,” said Obama. He then related that since Friday morning, “… a police officer was gunned down in Memphis, leaving four children without their mother. Two officers were killed outside a grocery store in Topeka. A woman was shot and killed inside a Las Vegas casino. Three people were shot inside an Alabama hospital. A four-year-old was caught in a drive-by in Missouri and taken off life support just yesterday.”

Sen. Barbara Boxer, at a press conference Wednesday, Dec. 19, related 10,000 deaths are contributed to gun violence in the United States every year.

Mississippi investigating how infant died, fugitive parents to be returned to state

April 25, 2014 Online Editor News, The Buzz Comments Off on Mississippi investigating how infant died, fugitive parents to be returned to state

JACKSON, Mississippi (AP) — Mississippi authorities said it could be weeks before they know what caused the death of 7-month-old Alyssa Harris, whose parents fled to Georgia after the grandfather called emergency workers to try […]

The Mississippi Link Newswire
V. Lynn Evans of Memphis was nominated by President Barack Obama and confirmed by the United States Senate to serve as a member of the Tennessee Valley Authority Board of Directors. The confirmation was approved on January 1, 2013 before the close of the 112th Congress. Evans, a native of Anguilla, Mississippi (Sharkey County) is the daughter of Bettie Evans the late King T. Evans…. […]

WASHINGTON – (AP) President Barack Obama reversed his position on gay marriage on Wednesday, becoming the first president to endorse the politically explosive idea and injecting a polarizing issue into the 2012 race for the […]