JACKSON – (AP) A Lamar County judge has criticized the Department of Human Services related to the custody of a 3-year-old child whose biological father is a registered sex offender. 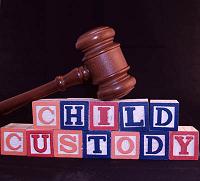 The Clarion-Ledger reported that the biological father is 24 years older than the child’s mother. He was convicted for having sex with the mother when she was a minor and pleaded guilty to fondling her daughter from a previous relationship.

The woman allegedly has mental problems.

The judge says DHS ignored or failed to investigate reports of abuse and neglect.

Doleac terminated parental rights last month and gave permanent custody to a couple – Michael Garrett and wife, Julie – who has cared for the girl since she was 18-months-old.

The judge, in a 131-page opinion, questioned the way DHS handled the case.

Despite numerous red flags, DHS workers found the parents suitable to care for the little girl and their other four children, ignoring or not investigating abuse and neglect reports that had been coming in for years from school officials, the judge concluded.

“It is clear to the court that at least some DHS workers in this case developed a bias against the Garretts early on in the proceedings, which has only served to hamper the court in making a determination of the facts and the best interest of the child,” he wrote.

He said the child is better off with the Garretts, citing a stable, 10-year marriage, church attendance and parenting responsibilities of their own 7-year-old son. Guardianship of the child had been voluntarily given to the Garretts.

“Frankly, the court is at a loss,” Doleac said. “Fortunately, this case has lifted a veil for the court regarding the nature of investigations and services provided by DHS (and their subsidiaries and counterparts). Unfortunately, that birds-eye view caused much of the testimony on behalf of DHS employees in this case to be viewed in dim light, decreasing the credibility of those witnesses to a large degree. The court hopes to see more diligence and less bureaucracy going forward.”

Julia Bryan, spokeswoman for the Department of Human Services, declined to comment specifically on the case.

She would only say that the Mississippi Department of Human Services is committed to the safety and security of Mississippi’s children.

“The children of our state deserve nothing but our best efforts,” Bryan said.

JACKSON, Mississippi (AP) — The Mississippi Department of Human Services is holding a public hearing Tuesday to gather comments about a new welfare drug-testing law. The state law was supposed take effect July 1 but […]

Sex offender gets life sentence in slaying of Brandon neighbor

JACKSON, Mississippi (AP) — A man has been sentenced to life plus 55 years in prison in the 2012 strangling death of a Brandon woman that prompted state lawmakers to pass new legislation for dealing with some convicted sex offenders.

Authorities say Cortrell Rose, 32, used a fake Jackson address to register as a sex offender after being released from prison last year, but was living next door to 59-year-old Lenora Patsy Edhegard in Brandon when he broke in and killed her… […]

﻿Gulfport man gets 20 years for sexual abuse of girls

A 40-year-old Gulfport man will spend 20 years in prison – day for day – for the sexual abuse of two girls, ages 7 and 9. Roosevelt Jones was sentenced in Harrison County Circuit Court after pleading guilty to one count each of sexual battery and touching of a child for lustful purposes.