JACKSON – On Wednesday, Dec. 12, the Mississippi Blues Trail will unveil the latest marker in recognition of Holmes County and Tchula, Miss. The 167th marker unveiling i 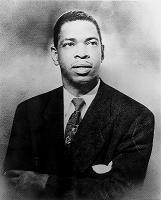 Many blues performers who gained fame in the Mississippi Delta, Jackson, Miss., Chicago and on the southern soul circuit have lived in or near Tchula, including Elmore James, Hound Dog Taylor, Jimmy Dawkins, Jesse Robinson, Lewis “Love Doctor” Clark, Little Smokey Smothers, Arelean Brown and Lester Davenport. Even long after most of its famous sons and daughters had departed, Tchula remained a center of juke joint revelry along Highway 49.

Tchula developed a thriving blues culture during the segregation era as a freewheeling home base and gathering spot for musicians throughout the area. “It was very energetic,” recalled guitarist Jesse Robinson, who lived in nearby Mileston and later became a leading blues figure in Jackson. “Musicians would just be playing all over the place.”

The area’s most famous performer, slide guitar master Elmore James (1918-1963), was inspired, according to local lore, by guitarist Henry “Nub” Craft. James, who recorded the classic “Dust My Broom,” gave a rural Tchula address when he registered for the Navy in 1943. Fellow slide guitarist Taylor, known locally as “Nitter” or “Niller,” taught guitarists Wiley Gatlin (c. 1916-1983) and Willie Collins when he lived in the area in the 1930s and ’40s. In Chicago, Taylor was the first artist to record for Alligator Records, and his “genuine house-rocking music” provided the label with its theme.

Tchula natives Gatlin and Woodrow Adams both moved to Tunica County and recorded in Memphis in the 1950s.

The Chicago blues scene once included a sizable contingent of Holmes County cousins. Albert “Little Smokey” Smothers played with cousin Lee “Shot” Williams and others, and when he was a member of the Paul Butterfield Blues Band, Little Smokey mentored blues-rock guitarist Elvin Bishop. He and his brother Otis “Big Smokey” Smothers (1929-1993) from Lexington recorded albums of their own, as did their cousin, multi-instrumentalist Lester Davenport, who also played harmonica with Bo Diddley. Davenport was the son of slide guitarist Neely Davenport.

Lee “Shot” Williams recorded prolifically as a soul-blues singer for many labels – including his own Tchula Records – and sometimes returned to this area to live and perform. From the Brown family came vocalist Arelean and her brothers China (later a bandleader in St. Louis), George and King. Arelean was famed for her topical 1970s records “I Am a Streaker Baby” and “Impeach Me Baby,” the latter also featuring Williams. 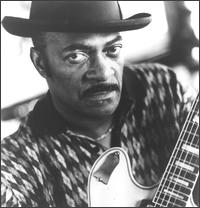 Jimmy Dawkins became one of Chicago’s most critically acclaimed blues guitarists after recording his debut album, “Fast Fingers,” in 1969. Dawkins, an advocate for blues artists’ rights, later started his own publishing, recording and management companies. Guitarists Emmett “Maestro” Sanders and his cousin James “Quick” Smith played blues in Peoria, Ill., and Maestro was also featured in Koko Taylor’s Chicago band. Singer Bobby Foster (b. Tchula, 1941) recorded soul and blues in St. Louis and Memphis, while Mileston native Matt Nickson (1924-2000) was known for his blues guitar work in the clubs of Buffalo, New York.

Lewis Clark, at one time known as the “Blues Doctor,” made a name recording southern soul as the “Love Doctor.” A track called “Blues for Tchula” was released on CD in 1994 by a local medical doctor, jazz pianist and promoter, Ron Myers. Blues performers from Cruger include piano virtuoso Abie “Boogaloo” Ames (c. 1921-2002) and guitarist Robert Curtis Smith (1930-2010).