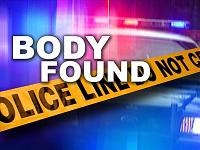 Massey said 50-year-old Sidney Jackson was found on the athletic field of Colmer Middle School at 3112 Eden Street in Pascagoula around 8:17 a.m.

Initially described as a “black male”, Jackson was later identified and an autopsy was performed by a local pathologist.

“He died of some type of heart-related injury,” Massey said. “There was no physical injury to the body and foul play is not suspected in this case.”

Massey said a passerby saw the body laying in the field and called authorities.

“We don’t believe [Jackson] had been there that long,” Massey said. “But it appears he was heading to work walking.”

By Monica Land PASCAGOULA – A Jackson County is dead after authorities said he drowned while crabbing and fishing in a bayou behind his home early Friday morning. Forty-six-year-old Roy Edward Bell, Jr. was pronounced […]

One Pascagoula High School student is dead and another missing after an incident on the Pascagoula River Sunday. Caleb Sweeten was killed in a water skiing accident while his teammate Brandon Rich remains missing.

According to Jackson County Sheriff Mike Byrd, the accident occurred about 3:30 p.m. on the Pascagoula River, just north of the U.S. 90 bridge. Byrd says the teens were boogie boarding when one teen fell off and the other went into the water, WCBI reported.

Sweeten was a sophomore, a part-time starter at linebacker and was expected to start next football season, WCBI said. […]

JACKSON – (WLBT) Hinds County Coroner Sharon Grisham-Stewart confirmed that the body found in a brush fire Wednesday morning is a homicide. She says the victim died of blunt force trauma to the head and […]