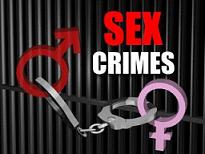 ST. MARTIN – A 42-year-old former educator will spend the next five years behind bars after pleading guilty to two counts of sexual battery in a Jackson County courtroom.

Robert Frank Griffin plead guilty before Judge Kathy King in circuit court on Friday, Nov. 30. Griffin, who is a former St. Martin teacher, admitted to having sex with a student back in 2010.

Griffin, who was facing 15 to 20 years, was sentenced to five years in the custody of Mississippi Department of Corrections (MDOC). Tara Booth, a spokesperson for MDOC said Griffin must serve his sentence “day for day” and his tentative release is Nov. 8, 2017.

“There is no early release on sex offenses,” Booth said.

As part of a plea agreement his two counts of touching a child for lustful purposes were dropped. Griffin will have to register as a sex offender for the rest of his life and will lose his teachers license.

Tupelo nurse going to jail for taking patient’s meds herself

From The Mississippi Link Newswire JACKSON – A Tupelo nurse is going to jail for taking prescription medicines away from her patients and taking them herself, Attorney General Jim Hood said Tuesday. Carrie McCain, 34, […]

JACKSON – A task force overseeing a review of Mississippi Department of Corrections’ contracts will hold its second public hearing Friday at the Woolfolk State Office Building in Jackson. The first hearing March 7 at Delta State […]