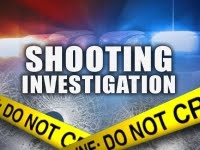 One man is dead and another in custody after a shooting in Bude. Franklin County Sheriff James Newman tells The Natchez Democrat deputies responded to a report of a shooting at 6:30 p.m. Friday, Nov. 9.

Newman says an apparent argument in the street escalated into gunfire. He says the shooting resulted in the death of 40-year-old Juan Middleton.

The sheriff says the alleged shooter, 26-year-old Brian Middleton, was taken into custody.

Newman said that though the two men have the same last name, at this time it is unclear if they were related.

The shooting remains under investigation.

Authorities are trying to determine why a Simpson County man's vehicle left the roadway and crashed into a tree.

Investigators say Coleman's car was traveling east near the Strong River when he ran off the road and collided into some trees.

Easterling says Coleman was wearing his seat belt and was pronounced dead at the scene.

He announced his decision not to run next year in a full-page ad in the Northeast Mississippi Daily Journal.

Reed says his reasons include wanting more time with his family and returning to work at his family business, Reed's Department Store.

Since taking office in July 2009, Reed has made many changes in city government. His ad mentioned some, including Sunday alcohol sales and a recurring neighborhood revitalization fund.

During his first year, he was criticized after police rehired Assistant Chief Robert Hall, who had resigned in 2006 after pleading guilty to misdemeanors. Reed denied having any direct part in that decision. The state refused to reinstate Hall's police certification, and he resigned again.

One person is dead and another is recovering after being shot in Franklin County Thursday morning, WLBT reported.

According to Franklin County Sheriff James Newman, 54-year-old James William Wallace walked into the Gas Lane Shell station in Bude at the intersection of 184 and Highway 98 around 5:20 a.m.

Wallace then pulled out a small caliber handgun and fatally shot Bruce Anthony Lofton, 49, according to Newman. A second victim, 45-year-old Christopher Allen Shell, was shot in the arm. […]