JACKSON – More than half of Mississippi voters said the economy was the top issue on their minds as they voted in the presidential race Tuesday, according to a preliminary exit poll conducted for The Associated Press and other news organizations.

As expected, Romney was the heavy favorite in Mississippi and he cruised to an easy victory, defeating Obama by about 12 percentage points, according to the Associated Press.

Romney captured 55 percent of the vote with 661,056 against Obama’s 44 percent and 521,036. This was no surprise in a state that hasn’t voted for a Democratic presidential candidate since Jimmy Carter in 1976. 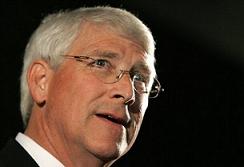 Senate – Also anticipated, incumbent Republican Sen. Roger Wicker trounced his Democratic challenger, Albert Gore Jr. (no relation to the former vice president and presidential candidate of the same name). According to the AP, Wicker won about 57 percent of the vote.

House – The party balance of Mississippi’s congressional delegation was unchanged, with voters reelecting all four incumbents – including three Republicans and one Democrat – according to the AP. These include freshman Republican Steven Palazzo, who unseated Democrat Gene Taylor in 2010, and who benefited from Taylor’s decision not to attempt a comeback 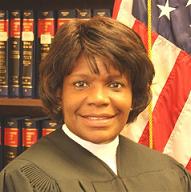 Other preliminary results from exit polling in Mississippi:

Religion – More than half of voters said they attend religious services once a week.

Minds made up long ago – A large majority said they made up their minds in the presidential race before September.

The preliminary exit poll of 549 Mississippi voters was conducted for the AP and the television networks by Edison Research in a random sample of 15 precincts statewide. Results were subject to sampling error of plus or minus 5 percentage points; it is higher for subgroups.