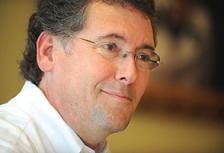 Hundreds of 3rd District U.S. Congressman Gregg Harper's supporters at his victory party in Pearl swelled to applause as the election was called in his favor.

Harper, a Republican, easily defeated a little-known Reform Party candidate. He says the big issue in his 3rd term will be the Affordable Care Act.

“Obviously the President is not going to compromise on that, but it's bad for the country, bad for healthcare. And so, those are some of the issues we have got to work on, but the fact is, we can't keep on spending money that we don't have.”

Supporter Ralph Plummer of Jackson is glad to see Harper return to Washington.

Meanwhile in Bolton, residents were dancing in the streets as 2nd District Congressman Bennie Thompson won re-election for his 10th term. Thompson, Mississippi's only Democratic congressman, also says the Affordable Care Act is his main concern, but he's looking forward to its implementation.

“[There are] 46 million people without healthcare in this country, and I'm looking forward to working to make sure that number gets as small as it possibly can,” Thompson said. “Every county in the 2nd District is medically underserved so the Affordable Care Act is a godsend.”

In a small cafe in Bolton, Lena Tyler of Jackson, joined dozens of other supporters eating catfish and soaking in the victory.

“We are excited that he's going back, and it's our hope that he will work with President Obama to complete the work that God has blessed him to start.”

The two incumbents will begin their next two-year terms in January.

Parents have until Aug. 30 to register for a finger-scanning system to sign children in and out of federally subsidized child care.

Jill Dent, director of the Division of Early Childhood Care and Development at the state Department of Human Services, announced the deadline last Wednesday.

By then, parents and other caregivers will have to visit county DHS offices to scan their fingers into the system, or lose their subsidy. […]

Man killed when horse jumps in direct path of truck

The Mississippi Highway Patrol is investigating a Sunday morning fatal
crash in Pontotoc County on State Route 346 involving a man on a horse.

Troopers responded to the scene in the Ecru community at
approximately 9:15 a.m. […]