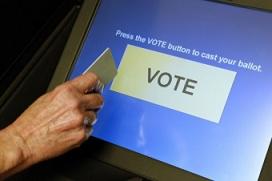 The only Court of Appeals contest is in a district that includes the Delta and most of Jackson.

JACKSON, Mississippi (AP) — Republican Gov. Phil Bryant said Thursday that “the public is smarter than most people might believe” and it’s wrong for people to suggest Mississippi voters might be confused by having two […]