GREENWOOD – (AP) The state College Board has decided against renewing the contract of Mississippi Valley State University President Donna Oliver.

No reasons were given for the decision. 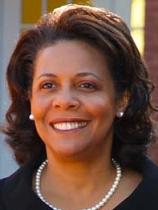 In a brief statement, Mississippi Higher Education Commissioner Hank Bounds said Oliver will stay in her post until her contract ends on Dec. 31 and that an interim president will be named soon.

The Greenwood Commonwealth reported that Bounds' statement was released the day after the College Board announced its decision to renew the contracts of the presidents at the state's other two historically black universities, Jackson State and Alcorn State. It also came hours after the MVSU Foundation Board announced its intent to hold a press conference Monday on the Itta Bena campus to support extending Oliver's contract.

Dr. Walter Roberts, chairman of the foundation board, had accused the College Board, in an interview with the Commonwealth, of intentionally keeping Oliver in limbo to undermine the 2,467-student university and ultimately lead to its closure.

Oliver, 62, previously served as an administrator at Edward Waters College in Jacksonville, Fla., and Bennett College in Greensboro, N.C. When she took over as president of MVSU in January 2009, she became the first female president in the school's history.

Although the foundation board credited Oliver with increasing private giving to the university and enhancing its programs and physical plant, she has been criticized for some of her personnel decisions and the university's low enrollment.

CURRY: Selling Out Black College Football to Make a Buck

Editor, NNPA
I cringed as the scores came in over the weekend. Ohio State 76, Florida A&M 0. Florida State 54, Bethune-Cookman 6. Miami 77, Savannah State 7. Our HBCUs have traded their proud, rich football heritage for money. And I don’t think it’s worth it… […]

“Nobody’s going to convince me we don’t have qualified Valley grads out there who can lead the university in the way it needs to go,” Yarbrough said Friday… […]

By Ayesha K. Mustafaa Editor The National Newspaper Publishers Association Foundation (NNPAF) has awarded 21 cash scholarships of $1,000 each to student scholars for the 2015-2016 school year. The recipients attend Historical Black Colleges and […]