NEW YORK – (AP) Two more drugs from a specialty pharmacy linked to a meningitis outbreak are now being investigated, U.S. health officials said, as they urged doctors to contact patients who got any kind of injection from the company. 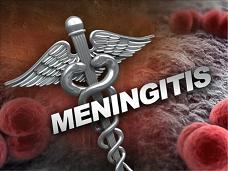 The New England Compounding Center of Framingham, Massachusetts, has been under scrutiny since last month, when a rare fungal form of meningitis was linked to its steroid shots used mostly for back pain.

Monday's step by the Food and Drug Administration followed reports of three new infections. One is a report of a possible meningitis illness in a patient who got a spine injection of another type of steroid made by the company. The agency also learned of two heart transplant patients who got fungal infections after being given a third company product during surgery.

The illnesses are under investigation, and it's very possible the heart patients were infected by another source, FDA officials cautioned. They did not say whether the meningitis case involved a fungal infection or where three infections occurred.

The latest statistics show that the outbreak has sickened 214 people, including 15 who have died, in 15 states. For weeks, officials have been urging doctors to contact patients who got shots of the company's steroid methylprednisolone acetate, advise them about the risks of fungal infection, and urge them to take any meningitis symptoms seriously.

The steroid was recalled last month, and the company later shut down operations and recalled all the medicines it makes.

The FDA expanded its advice to doctors to contact all patients who got any injection made by the company, including steroids and drugs used in eye surgery as well as heart operations. The agency said it took the step “out of an abundance of caution'' as it investigates the new reports involving the heart surgery drug and the second steroid, called triamcinolone acetonide.

Nearly all the 214 illnesses in the outbreak are fungal meningitis; two people had joint infections.

Last week, federal health officials said 12,000 of the roughly 14,000 people who received the steroid shots had been contacted. Those people received methylprednisolone acetate injections at clinics in 23 states.

New England Compounding, which custom-mixes ointments, painkillers and other products, is licensed to sell in all 50 states. The FDA, who is investigating the outbreak with state officials, did not say how many patients fall under the new advisory, or where the products were shipped.

Symptoms of meningitis include severe headache, nausea, dizziness and fever. The Centers for Disease Control said many of the cases have been mild, and some people had strokes. Symptoms have been appearing between one and four weeks after patients got the shots, but CDC officials warned at least one illness occurred 42 days after a shot.

DALLAS (AP) — Two other large retailers have decided to pull Blue Bell Ice Cream from their shelves as a precautionary measure after the company announced it was temporarily closing an Oklahoma. Sam’s Club and Kroger have joined […]

Dirty shoes? How did US steroids get contaminated?

Was it some moldy ceiling tiles? The dusty shoes of a careless employee? Or did the contamination ride in on one of the ingredients?

There are lots of ways fungus could have gotten inside the Massachusetts compounding pharmacy whose steroid medication has been linked to a lethal outbreak of a rare fungal form of meningitis. […]

The pharmacy that distributed a steroid linked to an outbreak of fungal meningitis has issued a voluntary recall of all of its products, calling the move a precautionary measure.