TUPELO – Authorities said an 11-year-old boy has died after an apparent accident outside an East Tupelo restaurant, WTVA reported. 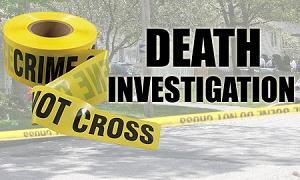 Lee County Coroner Carolyn Green said Lorenzo Washington was playing by the dumpster area of a Huddle House restaurant with his mother and an employee nearby.

Green said Washington was climbing onto a concrete block column, when it collapsed and fell on top of him.

The child was killed instantly.

Emergency responders transported the child’s mother to North Mississippi Medical Center as a precaution because Green said she had a heart condition.

The coroner said the death is being ruled accidental at this point.

Donald Trump’s back with 14 ‘Apprentice’ All-Stars

JPS takes next step to ensure its budget is met

District files an appeal against city

The Jackson Public School District lived up to its assertion that it would take legal action against the city of Jackson in an effort to ensure its budget is properly met.

The district had 10 days after the city council voted and passed a measure that would give a tax increase of 2.5 mills, which essentially gave the school district $86 million. The district submitted a budget of $88 million that would have required a 5 mills assessment to tax payers. That measure was voted down by the majority of the city council.

The lone standing council member that supported assessing the taxpayers of Jackson the required millage that would have given the school district its recommended budget was Ward 3 councilwoman Larita Cooper-Stokes. […]

Vice Presidential Debate: Who Got Their Facts Straight?

Vice President Joe Biden has mangled a heaping helping of facts over the years. Despite being newer to presidential-campaign politics, Republican Paul Ryan has already earned something of a reputation for taking flying leaps past reality.