Candidate will replace Dickie Sistrunk who retired in July 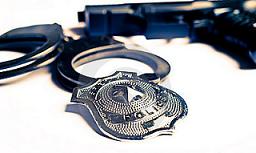 The board of alderman has interviewed eight applicants for police chief in Philadelphia.

Mayor James A. Young tells the Neshoba Democrat that the candidates were “very positive, very professional and presented themselves very well” to the board.

The eight, interviewed last week during an executive session, included the current assistant chief and two other officers currently on the force.

The new chief will succeed Dickie Sistrunk who retired in July.

Assistant Police Chief Julian Greer has been overseeing the department since Sistrunk retired. He was among those interviewed. Young says the candidates include police officers Larry Smith and William “Bill” Cox.

Young says there is no timetable for making a decision on the new chief.

Sherman and Southeast Union fire departments were called out Sunday afternoon for an abandoned house fire in Sherman.

The abandoned structure was less than 50 yards from a home nearby but no one was injured in the blaze.

Firefighters say that when they arrived the house was fully involved and posed a threat to the surrounding wooded area, but were able to subdue the fire very quickly.

“We got the call around 5:30 p.m. It was a fully-involved structure fire,” said Sherman Fire Chief Brad McMurry. “It was abandoned. We’re going through looking for hot spots and we’re going to do a thorough search just to make sure the house is completely cleared before we leave.”

No word yet on what caused the fire.

Residents say there was no electrical power to the structure.

Training center to open in October

The Enterprise-Journal reports that the 32,000-square foot facility is designed to provide advanced skills training to a wide range of industries, including oil and gas, emergency medical, public works, law enforcement and other first responders.

Bishop says the training center is geared toward adults who are employed and want to enhance their skills or learn new skills.

Classes at the new center are expected to begin the first of the year.

Bishop said an open house will be held in January or February.

The fire ratings for the town of Walls and its fire district have improved to the lowest rates in the town’s history.

Walls Fire Chief Mike Hancock tells The Commercial Appeal the town’s rating dropped from a 7 to a 6. He says the Walls fire district rating has also dropped from an 8 to 7.

Hancock says the lower ratings are due to better fire equipment, manpower in the fire department, training and water supply.

He says the lowered ratings means homeowners and businesses will save money on their residential and commercial insurance.

He says lowered fire ratings could save residents 1 percent to 8 percent a year on their homeowners insurance while business owners could see a 5 percent to eight percent savings.

The body of a 59-year-old Brandon woman feared kidnapped has been found near Tougaloo College in Madison County, and police say her alleged assailant is jailed on murder charges.

Rankin County Sheriff Bryan Bailey tells The Clarion-Ledger Lenora Patsy Edhegard was found dead Tuesday night. He didn’t give details on her cause of death. […]

Belafonte: Civil rights is a way of life

Entertainer Harry Belafonte says civil rights is a way of life, not just a moment in history.

The 85-year-old singer spoke Monday night at a convocation marking the 50th anniversary of James Meredith’s enrollment as the first black student at the University of Mississippi. […]

It wasn’t surprising that South Alabama lost its first game against a Southeastern Conference opponent.

But the Jaguars have plenty of positives to take from their 30-10 loss to No. 23 Mississippi State on Saturday night. […]