JACKSON – A man suspected of robbing a local restaurant at gunpoint is being held without bond, Jackson authorities said. Officer Colendula Green said 23-year-old Johnathan Reid was arrested on Oct. 9 and he was initially charged with two counts of armed robbery of a business. 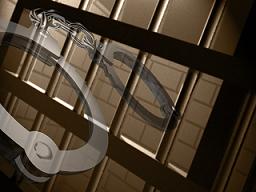 Green said at 3:15 p.m., Oct. 9, officers from Precinct 3 were called to the Kentucky Fried Chicken at 220 Woodrow Wilson Blvd. During their investigation, officers were able to get a description of the suspect.

“[Employees] said a black male suspect entered the store, demanded and took an undisclosed amount of money,” Green said. “The suspect was wearing a red jacket with a black stripe, a baseball cap, and blue jeans.”

The suspect, later identified as Reid, was last seen running down South Prosperity Street. He was apprehended later that day.

Authorities said this week that Reid, who lives in the 5100 block of South Drive in Jackson, has prior misdemeanor charges that include possession of marijuana and an outstanding warrant for false information.

Reid also has outstanding fines totaling more than $10,000 and he is being held without bond on the KFC charge which was reduced to one count of armed robbery of a business.

By Monica Land JACKSON – Two teens are being held without bond after they allegedly robbed a 17-year-old and shot him in the head. LaQunn Gary, 18, and Jamiria Travis, 16, appeared in court last […]

The video trailer has been released for the Greater Fairview Baptist Church theatrical premiere of James Weldon Johnson’s God’s Trombones.

Attorney General Jim Hood confirmed Wednesday that a Jackson Police officer has been arrested and now faces charged of accepting a bribe.

Richard McGahey, 43, of Clinton, has been indicted by a Hinds County Grand Jury for allegedly accepting a bribe in exchange for granting a field release for a suspect. […]