ATLANTA – (AP) It’s been a long, strange 20 years for the Cartoon Network, which has flourished during a time when animation traced its way from the likes of “Scooby-Doo” to the racy, trippy fare now shown on Adult Swim.

The network is celebrating itself all month with on-air tributes, starting with a video release that features more than 100 characters that have appeared on the channel coming together in a rave-like dance party. 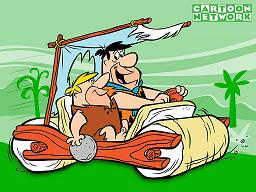 When the network launched on Oct. 1, 1992, it aired around-the-clock cartoons including those from the Hanna-Barbera library – which includes “The Flintstones” and “The Jetsons” – at a time when ratings for morning cartoons were dropping and “The Simpsons” was making its mark in prime time.

Many thought Ted Turner’s idea to start the network was “crazy,” said Robert Sorcher, who worked there for its first five years. He said critics didn’t understand Turner Broadcasting Systems’ $320 million purchase of the Hanna-Barbera library or earlier acquisition of the MGM film library, which includes “Tom & Jerry.”

“It was not clear to everyone how this was going to be a successful network,” said Sorcher, now the network’s chief content officer.

But Turner believed Cartoon Network could fill a void and cater to both children and adults. Original productions began in 1994 with “Space Ghost Coast to Coast,” which led to several other original series that became popular including “The Powerpuff Girls,” `’Dexter’s Laboratory,” `’Courage the Cowardly Dog” and “Johnny Bravo.”

For more than 10 years, Adult Swim has featured mature content late at night. And shows such as the Emmy Award-winning “Regular Show,” `’Ben 10” and “Adventure Time” have become mainstays of the network.

Now, the network is shown in more than 360 million households in 175 countries.

“It’s been cool to see the transformation,” said J.G. Quintel, who started as an intern in 2005 and is the creator of “Regular Show.” `’This network just keeps evolving.”

The next step, says Cartoon Network President Stuart Snyder, is catering to viewers on any device, from smart phones to tablets, laptops to television: “We recognize that while kids may never change of what they like or don’t like, technology is certainly changing.”

Gary Collins, an actor, television show host and former master of ceremonies for the Miss America Pageant, died Saturday, authorities said. He was 74.

Collins, a resident of Biloxi, Miss., died of natural causes just before 1 a.m. Saturday after he was admitted Friday evening to Biloxi Regional Medical Center, according to Harrison County Coroner Gary Hargrove. […]

Authorities said a nurse from Arkansas was killed in a traffic accident Monday after the vehicle she was riding in ran off the roadway and landed in a creek.

Coroner Alan Gurley said the woman has been identified as 59-year-old Linda White of Osceola, Ark. […]