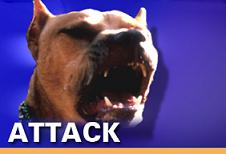 WARSAW – A 9-year-old girl in Marshall County was seriously injured Wednesday afternoon after she was reportedly attacked by a pit bull, authorities said.

Marshall County’s E-911 received an emergency call about the incident at 3:54 p.m.

Investigators said the girl was attacked by a Pit Bull at a residence on Pin Oak Drive near the Warsaw community in Marshall County.

Specifics of who the dog belonged to or how the attack occurred were not released by authorities.

The unnamed victim was airlifted to Le Bonheur Children’s Hospital in Memphis for treatment.

The incident remains under investigation.