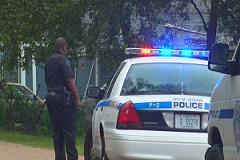 JACKSON – WLBT is reporting that authorities are investigating their third homicide in the Capital City this weekend.

The most recent murder occurred Sunday afternoon in west Jackson where a 34-year-old man was shot several times and subsequently died of his injuries.

Jackson Police Officer Colendula Green said the victim was shot at least six times outside a residence in the 400 block of Fredrica Avenue.

Police were called to the scene around 2:30 p.m.

The victim, whose name has not been released pending notification of next of kin, was transported to the hospital by private vehicle.

Witnesses in the area told investigators they heard several shots fired but did not see the gunmen.

Officers also found a vehicle with bullet holes at the scene. The investigation is ongoing.