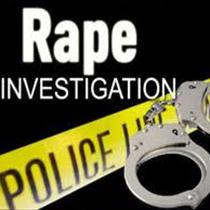 COLUMBUS – (AP) Columbus police have arrested a man in the alleged rape of a woman on the Mississippi University for Women campus in August.

The Commercial Dispatch reports 26-year-old Jamarrell Brandon was arrested on Monday and charged with one count sexual battery.

Maridith Geuder, Executive Director of University Relations, said the campus posted an announcement on their website announcing the arrest.

The assault allegedly occurred on Aug. 16 in a residence hall on campus.

Brandon is not enrolled at MUW and was reportedly an acquaintance of the victim.

He was released on a $3,500 bond late Monday afternoon.

One of the first things looked at once a football schedule is released is the date for homecoming. This is true for high school, college and now some middle schools. This gives alumni the opportunity to come home to rekindle what should be fond memories at their respective institutions.

Not wanting to put a damper on the party, the football team usually plays an opponent they can beat. With all that in mind, Jim Hill and Murrah alumni were wondering how Northwest Rankin and Clinton were chosen respectively as opponents for homecoming. […]

A woman and her daughter accused of pairing up to break the law have pleaded guilty to robbing at least one bank in the city of Gulfport.

Fifty-eight-year-old Evie Mearlene Herrin and her daughter, 30-year-old Amelia Darci Crew appeared in court Monday where both entered their plea. […]

Contractor Jimmy Johnson has been given two years’ probation for his role in aiding and abetting embezzlement in a kickback scheme from a Mississippi Delta housing agency.