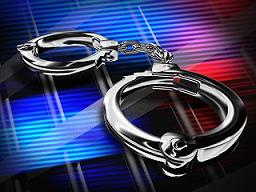 A 15-year-old teen from Columbus is facing a statutory rape charge, WTVA reported.

According to the Lowndes County Sheriff’s Department, the unidentified teen is accused of having sex with a 12-year-old girl.

Teen arrested with gun at school

Southaven police arrested a 15-year-old boy for having a gun on school property, authorities said.September 24, 2012

Pirtle said police received a tip about the gun, and when officers went to the school, they located the boy and found him with the gun. He was arrested and charged with possession of a deadly weapon on school grounds. The gun was seized by police and placed into evidence.

The juvenile was taken to the DeSoto County Juvenile Detention Center.

Vicksburg Warren School District superintendent Elizabeth Swinford will pay $357 in restitution for inappropriate use of a district vehicle.

The Vicksburg Post reports that the school board took the action Thursday.

Swinford, in her second year as superintendent of the nearly 9,000-student district, served a three-day suspension for using a district truck to move to a new residence.

Swinford, who is paid $125,000 annually, says she followed an existing practice that has allowed personnel to “check out” district property. She says it is her fault for not knowing the state law that prevents personal use of district property.

Those Rural Development funds will be used to purchase a new school bus for the Carroll County district.

The United States Department of Transportation has awarded $2,326,062 to Hinds County for apron strengthening at the John Bell Williams Airport.

This grant will provide federal funding for the airport and strengthening of the apron pavement will restore the structural integrity of the pavement, increase load capacity, and enhance operational requirements at the airport.

Partying with a Purpose will be the motivational force Friday, October 26th at 7:00 p.m. in the Trustmark Ballroom for those attending the 2012 UNCF Masked Ball. The Masked Ball is a major fundraiser for the UNCF Scholarship Campaign at Tougaloo College.

The United Negro College Fund (UNCF) and Tougaloo College have been partners since 1944 tirelessly devoting their energies to increasing the number of minority college graduates. “With the impact of the economic turmoil on the income of families and the shrinking of federal aid, it’s good to have the support of such organizations as UNCF,” commented Patricia Johnson, UNCF Coordinator at Tougaloo College…. […]

A new trial has been ordered for a now 78-year-old minister serving 20 years for the statutory rape of a 13-year-old girl.

R.C. Hibbler was convicted in 2005 for having sex with a girl who came over to his house to play with his twin daughters.

Prosecutors previously filed an appeal to reinstate the statutory rape conviction after the State Court of Appeals last fall ordered a new trial in the case. The Supreme Court denied that motion last week. […]

Woman gets 3 years for “slip and fall” scam

A Southaven woman is going to jail for three years for faking a “slip and fall” accident at a local business in order to collect insurance money.

Tracey Leigh Davidson, 36, of Southaven pleaded guilty to the insurance fraud charges on Sept. 5, after an investigation by the attorney general’s office showed that she received a $3,440 payment from Nationwide Insurance Company by fraudulent means. […]