LEXINGTON – For the second time this year, a Holmes County supervisor may be headed to a federal prison because of criminal wrongdoing. Norman Cobbins Jr., 61, will face a judge on Oct. 26 at 9 a.m. after pleading guilty to stealing federal funds. 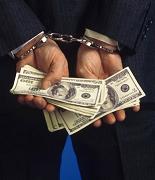 Cobbins admitted that from March 15, 2007 through Dec. 31, 2007, he carried out a scheme to defraud Holmes County by submitting false invoices and requisitions to the county and converting the money to his own personal use.

“Mr. Cobbins admitted that instead of lawfully carrying out his duty to serve with integrity, he chose to abuse the public trust,” said United States Attorney Gregory K. Davis. “The Department of Justice will continue to prosecute those officials who choose to act in their own interest rather than the public’s interest.”

FBI Special Agent in Charge Daniel McMullen added, “Investigating allegations of public corruption is a top priority for the FBI. The FBI remains committed to working with our law enforcement partners continue to identify, investigate and hold accountable those who abuse their positions of trust for personal gain.”

“The taxpayers of Mississippi will not tolerate public officials betraying the public trust, and I am pleased that Norman Cobbins took responsibility for his actions today as he pled guilty in federal court,” said State Auditor Stacey Pickering.

“Our agents have worked diligently with the FBI and the Southern District United States Attorney’s Office to bring this case to a conclusion, and I appreciate their effort to ensure justice is served.”

In January 2012, another Holmes County supervisor Larry Dennis was given 30 months in prison on a bribery case related to cleanup from the April 2010 tornadoes that swept through Mississippi.

Dennis, 59, claimed the money he extorted was to help the local Boys and Girls Club. A judge said at his sentencing that extortion is never “justified.”

“No replacement has been named at this time,” Luckett said. “Someone is going to be appointed to act in that capacity. But we don’t know who that will be at this time.”

Luckett said Cobbins’ replacement will serve in that position until a special election can be held in November 2013 to officially fill his seat.

The Holmes County Administrator Charlie Mae Joyner said Cobbins was elected in January 1996 and was serving his fifth term when he resigned.

By Monica Land  JACKSON – State Auditor Stacey Pickering said that Malcolm Sanders, the former lawn care provider for the Rankin County school system, will spend the next five years behind bars for billing the […]

A 61-year-old man from McComb has been sentenced to 10 years in prison, five suspended, for stealing more than $16,000 from a 97-year-old woman.

Boy killed after concrete falls on top of him

Authorities said an 11-year-old boy has died after an apparent accident outside an East Tupelo restaurant, WTVA reported.

Lee County Coroner Carolyn Green said Lorenzo Washington was playing by the dumpster area of a Huddle House restaurant with his mother and an employee nearby. […]