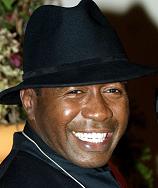 The 65-year-old won a best actor in a musical Tony Award in 1973 for his role in “Pippin” and he appeared in numerous films and television series. His acting credits vary from a role in the miniseries “Roots” and a guest stint on “How I Met Your Mother,” as well as a Golden Globe nominated performance in the film “Funny Lady.”

Vereen is asking a court to terminate his estranged wife’s ability to collect spousal support.

The air’s going to be hot in Tunica this November!

Visitors are invited to the 1st Annual Tunica Balloon Bash that will welcome 40 hot air balloons to four casino resort properties. Hot air balloonists from across the country will come together the weekend of Nov. 9 – 11 to compete in early morning races to win over $12,000 in cash and prizes. […]

One of the first things looked at once a football schedule is released is the date for homecoming. This is true for high school, college and now some middle schools. This gives alumni the opportunity to come home to rekindle what should be fond memories at their respective institutions.

Not wanting to put a damper on the party, the football team usually plays an opponent they can beat. With all that in mind, Jim Hill and Murrah alumni were wondering how Northwest Rankin and Clinton were chosen respectively as opponents for homecoming. […]

4 elephants OK after circus truck wrecks near I-10

A circus official says a truck pulling a trailer full of elephants ran off an interstate in southern Mississippi over the weekend, but the four pachyderms and the driver were not injured.

Renee Storey, an executive with Cole Brothers Circus of the Stars, said the elephants were being transported from Alabama to Louisiana on Sunday night when the truck went off Interstate 10 and ran down an embankment. […]