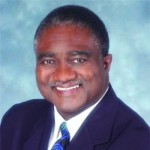 WASHINGTON (NNPA) – In a private discussion with millionaire donors, Republican presidential candidate Mitt Romney stereotyped those who voted for President Obama in 2008 as “victims” who want and expect a free ride from the federal government.

The surreptitiously recorded video of Romney’s unusually candid remarks was obtained by Mother Jones magazine. Romney spoke and answered questions at a $50,000-a-plate fundraiser at the home of financier Marc Leder, who is part-owner of the Philadelphia 76ers, in Boca Raton, Fla. May 17.

Replying to a donor’s question about strategy, the former Massachusetts governor replied: “There are 47 percent of the people who will vote for the president no matter what. All right, there are 47 percent who are with him, who are dependent upon government, who believe that they are victims, who believe the government has a responsibility to care for them, who believe that they are entitled to health care, to food, to housing, to you-name-it. That, that’s an entitlement. And the government should give it to them. And they will vote for this president no matter what…these are people who pay no income tax.”

Romney added that his job “is not to worry about those people. I’ll never convince them they should take personal responsibility and care for their lives.”

In a brief news conference Monday night, Romney said that his “off the cuff” comments were not ‘‘elegantly stated.’’

He did not back away from his controversial remarks.

Romney told reporters, “This is, of course, something I talk about a good deal in rallies and speeches and so forth, which is the president and I have very different approaches to the future of America and what it takes to ignite our economy and put people back to work.”

He added, “The president believes in what I’ve described as a government centered society where government plays a larger and larger role, provides for more and more of the needs of individuals, and I happen to believe instead in a free enterprise, free individual society where people pursuing their dreams are able to employ one another, build enterprises, build the strongest economy in the world.”

The Tax Policy Center, a joint project between the Urban Institute and the Brookings Institution, stated last year: “Much has been made of TPC’s estimate that fully 46 percent of Americans will pay no federal individual income tax this year. Commentators have often misinterpreted that percentage as indicating that nearly half of Americans pay no taxes.

“In fact, however, many of those who don’t pay income tax do pay other taxes – federal payroll and excise taxes as well as state and local income, sales and property taxes.”

It also observed, “The large percentage of people not paying income tax is often blamed on tax breaks that zero out many households’ income tax bills and can even result in net payments from the government. While that’s the case for many households, a new TPC paper shows that about half of the people who don’t owe income tax are off the rolls, not because they take advantage of tax breaks but rather because they have low incomes.

“For example, a couple with two children earning less than $26,400 will pay no federal income tax this year because their $11,600 standard deduction and four exemptions of $3,700 each reduce their taxable income to zero. The basic structure of the income tax simply exempts subsistence levels of income from tax.”

In its fact checking of Romney’s charges, the Washington Post explained, “… this is one of these ‘facts’ that is not very informative. ‘Income taxes’ are just one type of tax that people pay, and for most working Americans -about three-quarters – payroll taxes for Social Security and Medicare far exceed what they pay in income taxes.”

The Post also said, “Moreover, if some people do not pay income taxes, it is because of policies often advocated by Republicans, such as child tax credit and tax benefits for the working poor.

“Some 44 percent of those who do not pay income taxes are because they benefit from tax benefits aimed at the elderly, while another 30 percent benefit from tax credits for children or for the working poor,” according to a paper published by the Tax Policy Center.

“But not all of these people are automatically Obama supporters. In fact, according to a map published by the Tax Foundation, eight of the top ten states with the lowest income-tax liability are the heart of Romney country – the deep south.”

“It’s shocking that a candidate for president of the United States would go behind closed doors and declare to a group of wealthy donors that half the American people view themselves as ‘victims,’ entitled to handouts, and are unwilling to take ‘personal responsibility’ for their lives,” he said in a statement. “It’s hard to serve as president for all Americans when you’ve disdainfully written off half the nation.”

In other remarks, Romney suggested that “women are open to supporting me,” but that “we are having a much harder time with Hispanic voters, and if the Hispanic voting bloc becomes as committed to the Democrats as the African American voting bloc has in the past, why, we’re in trouble as a party and, I think, as a nation.”

He said, “My dad, as you probably know, was the governor of Michigan and was the head of a car company. But he was born in Mexico, and, uh, had he been born of, uh, Mexican parents, I’d have a better shot at winning this.”

When a donor asked about the “Palestinian problem,” Romney said: “I look at the Palestinians not wanting to see peace anyway, for political purposes, committed to the destruction and elimination of Israel and these thorny issues.And I say there’s just no way.

He expressed objection to the two-state peace process now underway in the Middle East. “…What you do is you say you move things along the best way you can. You hope for some degree of stability, but you recognize that this is going to remain an unsolved problem and we kick the ball down the field and hope that ultimately, somehow, something will happen and resolve it.”

Romney said he objects to applying any pressure on Israel to reach a peace settlement with its neighbors.

He said, “The idea of pushing on the Israelis to give something up to get the Palestinians to act is the worst idea in the world.”

“When Romney says 50 percent of people can’t get a job, he is greatly simplifying an Associated Press survey earlier this year that concluded that about 1.5 million, or 53.6 percent, of bachelor’s degree-holders under the age of 25 last year were jobless or underemployed. This was the highest level in 11 years, since the dot-com bust in 2000. But underemployed is not the same as not getting a job,” the newspaper said.

“‘A weak labor market already has left half of young college graduates either jobless or underemployed in positions that don’t fully use their skills and knowledge,’ the news agency said. ‘Young adults with bachelor’s degrees are increasingly scraping by in lower-wage jobs – waiter or waitress, bartender, retail clerk or receptionist, for example – and that’s confounding their hopes a degree would pay off despite higher tuition and mounting student loans.’”

Secondly, Obama never promised that he would keep unemployment below 8 percent.

In an earlier fact check of that claim, the Washington Post noted, “Interestingly, the information to disprove this claim exists on the Romney campaign Web site. Far from being anything that Obama said, the Romney campaign acknowledges that this 8 percent figure comes from a staff-written projection issued Jan. 9, 2009 – before Obama had taken the oath of office.”