As the 2012 Walk to End Alzheimer’s in Mississippi was set to begin, former editor of The Mississippi Link, Gail Brown, whose father succumbed to this dreaded disease, put out the rallying call:

“Alzheimer’s is like a robber that goes in and out of the homes of families, stealing its victims’ memory and quality of life.”

There are more than 5.4 million Americans suffering from some type of Alzheimer’s, more than 53,000 of them live in Mississippi.

Brown then went the extra mile and “joined the posse of those who vowed to fight for a cure for Alzheimer’s” and began her walk as honorary chair of the Mississippi Chapter of the Alzheimer’s Association.

This year’s Walk was held Saturday morning, Sept. 15. And the out pour of public officials, community groups, supporters and families affected by Alzheimer’s made for an uplifting morning at the Art Garden outside the Mississippi Museum of Art in downtown Jackson.

The color of purple t-shirts painted the garden along with multicolored spinning wheels displaying the names of persons afflicted with Alzheimer’s. Alzheimer’s not only robs the memory bank but compounds the suffering with mountains of medical bills.

Also adding to the beauty was the multi-racial crowd that crossed all kinds of boundaries to fight this disease. And although the “robber” is still at bay, the “walking posse” has grown and the resolve to bring relief to those suffering is on the rise as well.

More t-shirts dawning the names of those who had fallen victim to Alzheimer’s were sprinkled around the grounds along with others carrying messages of inspiration and commitment to raise funds to find a cure. 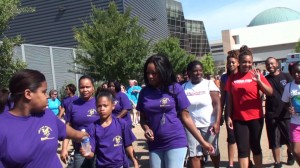 One walker this year was Pamela Wagner, who came with a young baby in tow and with the aspiration to help find a cure.

Wagner came with the group from the Brandon Nursing and Rehab Center and said she appreciated the fact that the “walk was bridging the racial and generational divides.”

Young men and women, some volunteers and some as family members of someone affected by Alzheimer’s walked among the wheel chair bound elders, all carrying the same optimistic expression of hope for a cure. Joggers, wheelchairs and baby strollers filled the walk line.

Friends of Fallen Riders, a Mississippi based motorcycle club, led the walk. In the middle were a group of police officers and officials, including Jackson’s Police Chief Rebecca Coleman, who struck more of a jog than a walk.

The Silver Sneakers dance troop demonstrated that aging does not have to be debilitating, as they kicked up their heels and kept to the rhythm and perfect harmony with each other on the central stage.

September is Alzheimer’s Awareness Month, and the Walk is held throughout the United States during this month.

“Today we were able to raise funds and awareness across the state of Mississippi and beyond,” she said at the closing of the walk.

Brandon Nursing and Rehab Center was awarded the top-fundraiser award for raising a combined total of  $14,345. Jane Michaels with Clear Channel Radio took top honors as an individual for raising $2,388. She also provided a lot of support in public service announcements and promotions of the walk. 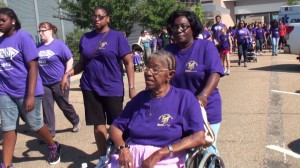 Dunn in her closing remarks offered this advice to those who may know someone suffering from Alzheimer’s. “I encourage you to seek out a support system as soon as possible. Arm yourself for the fight.”

More walks to end Alzheimer’s are planned across the state including: Tupelo Sept. 29; Greenwood and Hattiesburg Oct. 6; Columbus and Meridian Oct. 14; and Biloxi Nov. 17.

One t-shirt captured the sentiments of many, saying, “Adios to Alzheimer’s.” 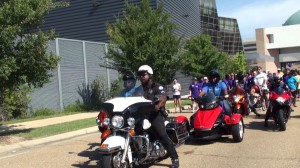 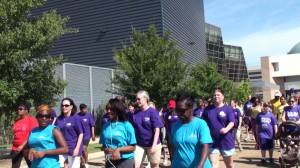 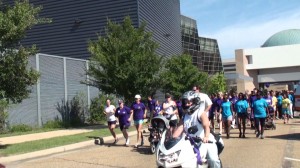 Two Mississippi inmates suspected of fatally stabbing a 95-year-old woman after escaping from a prison were captured Tuesday in a bar on Bourbon Street in New Orleans, authorities said.

Richard Griffin, a supervisory inspector for the U.S. Marshals Fugitive Task Force in Jackson, Miss., said information from confidential sources led authorities to the Razoo bar on Bourbon Street in New Orleans., where James Robert Martin, 22, and David Bass, 26, were taken into custody by members of the task force. […]

By Monica Land WARREN COUNTY – A grandfather charged with shooting a pregnant teenager in the stomach after she argued with his three granddaughter’s is being held on a $90,000 bond. Warren County Sheriff Martin […]

The board of alderman has interviewed eight applicants for police chief in Philadelphia.

Mayor James A. Young tells the Neshoba Democrat that the candidates were “very positive, very professional and presented themselves very well” to the board. […]