A Lowndes County jury has convicted a man of sexual assault of a minor. Court officials say the verdict was handed down Thursday against Benny Shelton. Authorities say the incident happened at a church summer camp in 2008 with a 17-year-old.

Lowndes County investigators arrested Shelton in 2009. They say he was a youth leader at the camp.

Shelton will be sentenced Friday morning.

Webster said Jackson was selected from a list of current battalion chiefs and battalion chief candidates for his personal skill set and what Webster described as Jackson’s likely overall ability to grasp the nuances of the position.

Authorities say a 62-year-old Hamilton man died in a tractor-18 wheeler crash. Monroe County Coroner Alan Gurley tells the Northeast Mississippi Daily Journal Danny Clardy was driving a tractor with a bush hog attached southbound on U.S. Highway 45 Monday when he was struck by an 18-wheeler.

Clardy was pronounced dead at the North Mississippi Medical Center.

The Mississippi Highway Patrol is investigating the accident. 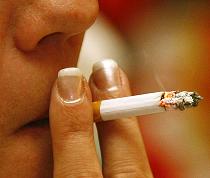 The Sun Herald reports on Tuesday the ordinance applies to all indoor public places.

Other cities, including Gulfport, mandate only restaurants be completely smoke-free.

MOSS POINT, Miss. (AP) — A man wanted in connection with a weekend triple shooting at a Moss Point car wash has been arrested. Commander Stacey Deans with the Moss Point Police Department told WLOX-TV that one […]

MOSS POINT, Miss. (AP) – The Jackson County sheriff says a Moss Point man is accused of shooting his nephew in the head while trying to break up a fight between cousins over a pit […]

MERIDIAN SHOOTINGS 2 shootings in Meridian, 1 resulting in death   MERIDIAN, Miss. (AP) – Meridian Police are investigating two separate shootings that happened within 30 minutes of each other. The first of the Sunday […]