The event is named for Dorsey in recognition of her decades of social activism and service to Mississippi and beyond. Dr. Mary S. Nelums, founder of the Nelums Foundation, said they are pleased to have established such an event in Dorsey’s honor. At Saturday’s luncheon, the foundation honored Oleta Garrett Fitzgerald, Southern Regional Director of the Children’s Defense Fund by presenting her with the Dr. L.C. Dorsey Social Activist Award for her commitment to the survival of underserved children, families and communities. Fitzgerald was humbled by the gesture. “Receipt of an award from The Mary S. Nelums Foundation is indeed an honor,” she said. “But to have it named in honor of Dr. L. C. Dorsey is a highlight in my career as an activist on behalf of Mississippi’s most vulnerable residents – its children. Dr. Dorsey has been a mentor to me for many, many years.”

Social Worker Lucas Watson received the Legendary Giant Award for his positive image in the lives of social work students, and for giving a voice to the often voiceless, impoverished Mississippians. Nelums said the foundation was also pleased to have as their luncheon emcee, Joy Redmond, evening news anchor for Fox40TV News, and as their guest speaker, Attorney Jaribu Hill of the Mississippi Workers’ Center for Human Rights.

Hill reflected on Dorsey’s work and others like her. She described Dorsey as a “fireball” who is still carrying the legacy. What on earth are we doing?” she asked. She said many African Americans are sitting in a “bubble” thinking that “we are free” when the “playing field is still uneven today.”

The foundation’s mission is to provide scholarships to master level social work students at Jackson State University. It has awarded $6,000 in scholarships. It also celebrates the community work of young men who give tirelessly to others, and who inspire, motivate, and encourage youths to be their best. Nelums said she is grateful to all the friends and supporters of the event and mission. She told scholarship recipients they are further expected to remember, “When much is given, much is expected.”

Reflecting on the luncheon, Fitzgerald stated, “The participants at the luncheon represent the true foot soldiers tending to the needs of the less fortunate among us. As the song featured at the luncheon said, ‘They are the wind beneath many wings,’ and I am truly honored to have been recognized by them.”

Tax deductible contributions to the Nelums Foundation may be mailed to: PO Box 12385-Jackson, MS 39236.

For more news from The Mississippi Link go to themississippilink.com 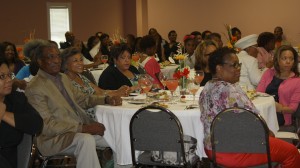 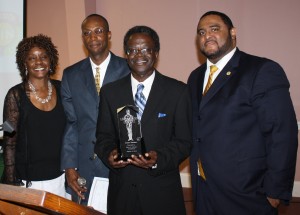 (AP)  The U.S. Department of Transportation is awarding more than $10 million in grants that will be divided among 35 Mississippi airports. Senate Appropriations Committee Chairman Thad Cochran, R-Miss., said the grants will pay for […]

By Monica Land WARREN COUNTY – A grandfather charged with shooting a pregnant teenager in the stomach after she argued with his three granddaughter’s is being held on a $90,000 bond. Warren County Sheriff Martin […]