Everyday across this country, a major robbery occurs. The robber goes in and out of the homes of families, stealing the memory and quality of life from more than 5.4 million Americans; more than 53,000 of them are Mississippians. This robber leaves behind a trail of confusion, hurt, devastation, loss and mounting medical bills. The invader was identified in 1906 by German physician Dr. Alois Alzheimer, and today, the robber carries his name, Alzheimer’s Disease (AD). Thus far, the “cruel” thief has yet to be apprehended.

WOAD Radio Program Director Percy Davis and others like him have joined the posse of those who have vowed to fight for a cure for Alzheimer’s; to fight for more funds for research, education and to help the more than 15 million Americans who provide unpaid care for a person with Alzheimer’s or other forms of dementia. 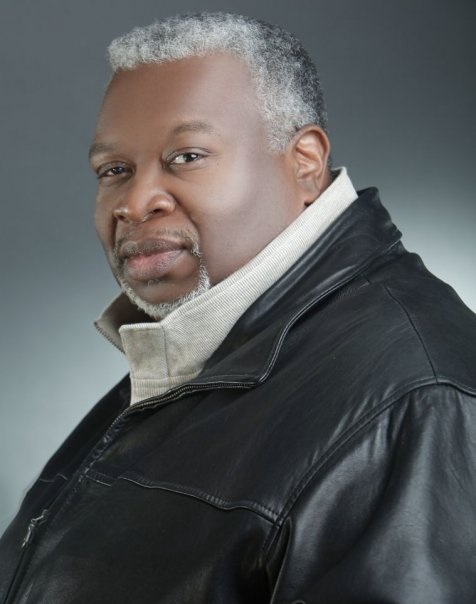 For Davis, Alzheimer’s robbed him of his  “Uncle Earl.” He said his late Uncle Earl and Aunt Pinkie”were the two individuals responsible for his upbringing in the Mississippi Delta town of Tunica, located along the Mississippi River, near Memphis.

His uncle began a spiral of mental decline during his later years – not the kind expected with normal aging. Alzheimer’s, according to the Alzheimer’s Association, is not a part of the normal aging process. It is a disease that causes severe memory loss.

Davis said his uncle was the man who taught him how to be a man.  Prior to the Alzheimer’s, Earl was a vibrant man. “He worked until his later years,” Davis said. “He had very few medical problems earlier that I was aware of. He was a farm worker; very accustomed to doing strenuous labor.”

His uncle lived in Lula, Miss. after his wife (Davis’ Aunt Pinkie) died. Davis and his family lives in Jackson. Davis would visit as often as possible. The Jackson State University alumnus said he noticed that his uncle had lost a great deal of weight. “He kept losing weight. I discovered he was not keeping food down. I would even take him something I knew he enjoyed, but it would not stay down. I later learned that his mind was not telling him he needed to continue to eat something anyway in order to keep up his strength.”

He said his uncle had an experience where he really got confused. “Uncle Earl had visited a cousin, and  on his way back home that evening, he missed the  turn which leads to his house,” Davis recalled. “And in his state of confusion, he finally took a turn that he thought would get him there and ended up stranded out in the middle of a field. He spent the night there. I can’t even imagine what he must have gone through.” The Highway Patrolman found his uncle that morning. After that, the family had Earl examined, and he was diagnosed with  dementia. The family was advised that he could not live alone.

Davis’ uncle lived the remainder of his life in a nursing home. “I can’t quite describe how it feels to be in the room with someone that you’ve known all of your life, who at that point in time, doesn’t even know who you are,” Davis said. “My uncle got to a place where he had basically shut down and would not speak unless spoken to.”  Davis’ Uncle Earl died  in May 2007.

But for Davis, the robber crept into his family again, two years ago, invading the quality of life of his father, a Memphis resident – a  man whom he did not know well growing up. But he always knew him as his father.

“It’s now like deja’vu.  I am going through Alzheimer’s all over again,” Davis said. His father’s encounter with Alzheimer’s  was a continual, gradual descent into the disease. “My father would walk off and walk, back and forth to the old apartment where he used to live. He would wander the streets all day long. The only thread of reality he had was his old apartment building. The apartment manager would threaten to call the police, because he did not live there anymore,” Davis said.

According to everydayhealth.com, “wandering is a common symptom of Alzheimer’s disease. Three out of every five people with Alzheimer’s will wander during the course of the disease. Sometimes they roam the streets with a specific purpose or goal in mind: They could be lost in a childhood memory or trying to perform a job they used to have. Or maybe they’re searching for something they can’t find, or attempting to return to some half-remembered location. Unfortunately, this particular symptom of Alzheimer’s is especially dangerous  –  it can even be life-threatening.”

“For a while none of us knew where my father was, until a niece of ours, persistent in her Internet search, discovered he was in a Memphis nursing home,” said Davis.

He said his initial visit, having not seen his father for years, is still etched in his mind. Prior to Alzheimer’s, his father was a tall, burly kind of man. “But when my siblings and I walked into that room, and I saw this frail man sitting in the corner, any and all hostility that I had melted,” Davis said. “God had been working with me on my way there.”

Davis makes regular visits to see his father, but said, “Seeing him in a state of confusion is a heart-breaking feeling. You have to wrap your mind around the idea and say to yourself, okay, I have to readjust my expectations.” On one of his visits, he was surprised. “My father said something to me I longed to hear from him all of my life,” Davis said. “He said, ‘You know I love you.’ I said, ‘what did you say?’ because I couldn’t believe it. He said, ‘I love you, I said, ‘I love you.’ He said it three times,” an almost emotional Davis shared with The Mississippi Link.

Davis is the responsible party for his father, and he will be among hundreds walking in the 2012 Jackson Walk Against Alzheimer’s Sept. 15 at the Art Garden in downtown Jackson at 9 a.m.

For those who wish to join the walking posse in the fight against Alzheimer’s, visit http://act.alz.org/site/TR/Walk/MS-Mississippi?pg=entry&fr_id=1512

Editor’s Note:  As with other community efforts, The Mississippi Link is proud to become a media partner with the Mississippi Chapter of the Alzheimer’s Association in its upcoming 2012 Jackson Walk To End Alzheimer’s, Sept. 15,  to help increase awareness of a disease that has become a growing national problem, negatively impacting the lives of its victims and caregivers. To help others to know that they are not alone, The Mississippi Link would like to feature your Alzheimer’s story in this four-part mini-series. Please email us:  editor@mississippilink.com Use “Alzheimer’s story” as your subject.

Marshand Crisler and Sollie B. Norwood will be the two run-off candidates for State Senate District 28, Tuesday, Feb. 26, 2013. Crisler received 25 percent of 2,789 votes cast, with Norwood receiving 22.5 percent of the votes…. […]

Alzheimer’s: A Robbery in Progress

Not only does Alzheimer’s disease robs its victims of their quality of life, but it also impacts the caregivers as well.
Marshia Smith, a longtime Jackson resident and an active member of Holy Temple Missionary Baptist Church, serves the Mothers’ Ministry where she often is expected to give words of encouragement and pearls of wisdom to others. […]

After attending a local Democratic caucus meeting earlier this year at Provine High School in Jackson and at the urging of some in attendance. There James Reed left with the understanding that it was his time to offer himself as a public servant. “I really didn’t have this on my radar,” Reed said. “But after being asked to run, praying about it and discussing it with my wife, I decided to do it.”

Reed is seeking the office of Election Commissioner for District 1 in Hinds County. […]