Death may be considered a homicide

Jones said they believe Parkman may have drowned since she was found in Lake Chotard Landing, but an autopsy will be performed to determine the actual cause of death.

While not stating if Parkman’s body had any physical trauma, Jones said foul play has not been ruled out and homicide detectives have been called in to investigate.

A fatal accident on Fairley O’Neal Road in the Benndale Community claimed the life of 30-year-old Adam Riley of George County Saturday evening, according to the George County Sheriff’s Office.

Two of the passengers were ejected; one remained in the vehicle and another was partially ejected after the car ran off the road and hit a tree.

According to Pierce, this marks George County’s sixth motor-vehicle related death caused by alcohol since April 2012. George County is a dry county and the sale of certain forms of alcohol are prohibited. 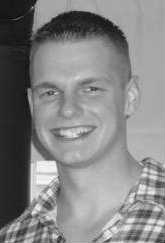 Funeral services were held Saturday morning, July 7, for a Columbus Air Force Base airman killed in a motorcycle accident near West Point on June 29. Senior Airman Geoffry Cullen, 22, a firefighter assigned to the 14th Civil Engineer Squadron was fatally injured about 20 miles from the base. Cullen had been assigned to the base for about three years.

Homeowner opens fire as men drive off in stolen vehicles

A Jackson homeowner told police that he fired several shots at the men who were driving off in three of his vehicles. As many as four men went into a home in the 4600 block of Maury Road about 5 a.m. July 2, and stole the keys to three vehicles, police said.

The men stole a black Nissan Altima, a Volkswagon and a Mercedes Benz, police said.

But before the men drove off, the homeowner heard a noise and saw the men leaving the house, police said. He fired at the men, but told police he wasn’t sure if he had struck anyone.

Officers are investigating the incident as a burglary of an occupied dwelling.

Anyone with information is asked to call Crime Stoppers at 601-355-TIPS.

Weatherford was appointed police chief in February 2006. He joined the Gulfport Police Department in 1987. He worked in several positions including dispatch and patrol before becoming police chief.

He also worked for the Harrison County Sheriff’s Office for three years.

The Gulfport native was sworn in as police chief about six months after Hurricane Katrina wiped out parts of the city and destroyed police headquarters. Since then, police work out of a new public safety center named for Lt. Rob Curry, killed in the line of duty in 2008.

Weatherford’s daughter, DeAnna Tucker, a bride-to-be died after an accident involving a drunken driver in March 2011.