A celebration with a mission

Following what has been described as an “elegant” reception, Satuday night, June, 23, the 2nd edition of “Who’s Who In Black Mississippi” was unveiled at the Jackson Convention Center.
The unveiling of the book’s cover sparked a wave of applaud from the audience as they saw the images of five of Mississippi’s historic leading political figures embossed in a glossy and colorful design.
Those individuals are former Rep. Robert G. Clark, former U.S. Secretary of Agriculture Mike Espy, Sen. Alice Harden, Rep. Alyce Clarke and Congressman Bennie Thompson.

“People say we have the most appointed and elected official than any state in the nation. I said well who are they and where are they? So that was our mission for this edition,” said Mississippi Publisher Dr. Juanita Sims Doty.
Although all of them are not featured, this year’s book is a tribute to more than 950 black elected and appointed officials in the state.
Among individuals honored in the second edition for their achievements are the state’s 49 legislators, 86 mayors, military and judicial appointments, and hundreds of other Mississippi citizens. “I am both humbled and honored to be among those featured in the book,” said Rev. Audrey Lynne Hall, pastor of Holy Temple Missionary Baptist Church. “I am grateful to God for the recognition. This truly means a lot to this country girl who grew up in Enterprise, Miss.
Hall made history as the first female to pastor a missionary baptist church in the city of Jackson. Through her ministry and her membership in Alpha Kappa Alpha Sorority, Inc., she has been involved in a number of community service projects.
Doty said the book is a documentation of the outstanding African-Americans of whom Mississippi is proud. “As I travel, I can open this book and show them to people when they ask me about Mississippi,” she said.
“Everyone knows they do not have to leave Mississippi in order to do well.
Congressman Thompson wrote the foreword for this edition, and Mayor Johnny Dupree of Hattiesburg, Miss. wrote the introduction. Thompson made remarks during the unveiling.
Doty hopes that school districts and other learning institutions will see the book as a viable periodical to be used as an educational tool. Nominations are now being accepted for the next edition.
To purchase the recent edition of “Who’s Who In Black Mississippi,” call (614) 481-7300. 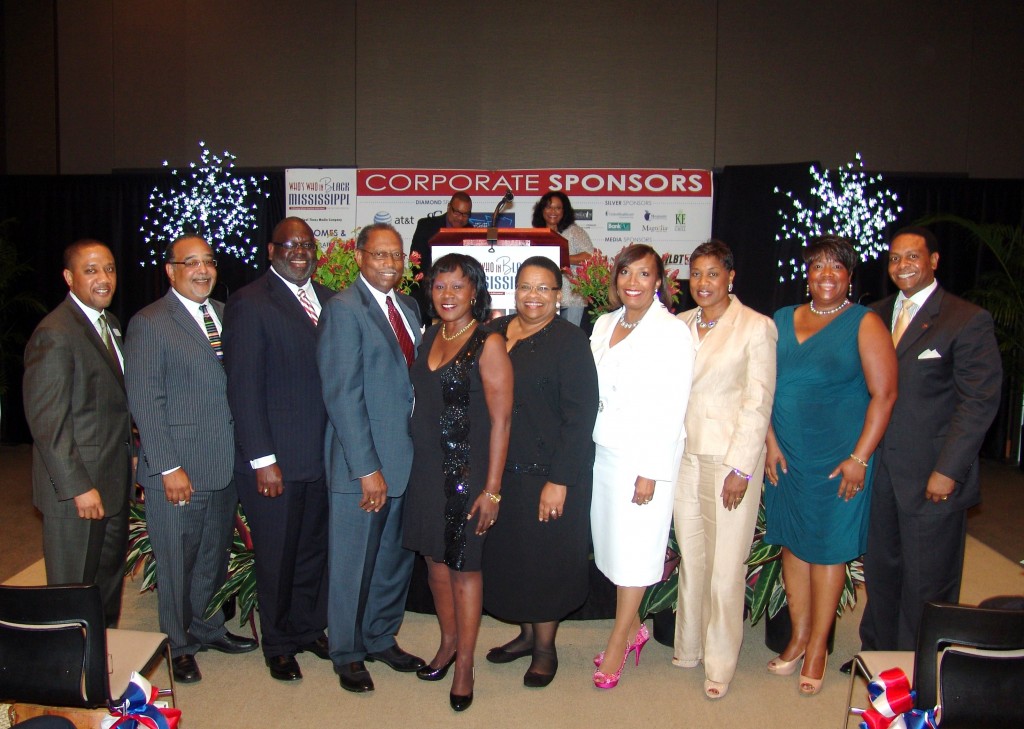 JACKSON, Mississippi (AP) — Gov. Phil Bryant has declared a state of emergency in 12 Mississippi counties that have suffered impacts from flooding and severe storms that moved through the state beginning April 3. The […]

If you live anywhere in the Southeastern portion of the United States, then you should be familiar with yearly events held in this part of the country titled “Battle of the Bands.”
The Jackson City Council recently took to the chambers and staged its own version of the popular competition appropriately titled “Battle of the Budgets.”
In a two-day council meeting, that included the blame game, members of the Jackson city council approved the city’s budget and approved a 2.5 mills (tax) increase to meet the school district’s $86 million budget request…. […]

Robert Williams, a 59-year-old disabled truck driver, is pleased that his home on Wood Street will be one of 21 that will receive major repairs as a result of a matching grant awarded to Habitat for Humanity/Metro Jackson (HFH/MJ).

Last fall, HFH/MJ was among nine affiliates nationwide invited to apply for one of four major Community Impact Grants from Lowes. On Friday, March 1, at a media event at Jaycee Park on Bailey Avenue, officials from Lowe’s announced…. […]