The National Newspaper Publishers Association (NNPA), also known as The Black Press of America, will hold its annual summer convention June 20-23 in Atlanta at the Peachtree Street Hyatt Regency Hotel.
NNPA’s membership of 200 black publishers from across the nation will be in attendance. They will be accompanied by staff members and student interns.
On Thursday, June 21, the NNPA Foundation (NNPAF) will sponsor its Annual Merit Awards Dinner which recognizes individual newspapers, publishers and other staff members that have excelled in various newspaper categories such as Best Editorial, Best Column Writing, Community Service, Best Layout & Design, Best Church Page, Best Sports Section and other areas. Highlights of the celebration will include presentations of the “General Excellence Award” and “Publisher of the Year Award.” Winners will receive cash awards for their excellent achievements. 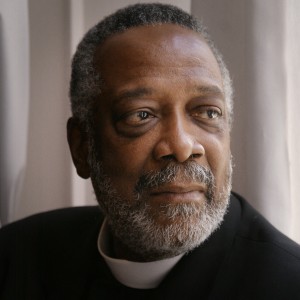 Additionally, the foundation will award scholarships to deserving students who attend Historical Black Colleges and Universities (HBCUs).
Also on Thursday, the NNPA  Foundation will host a HIV/AIDS Luncheon at the Hyatt Regency. NNPAF, through a grant with the Centers of Disease Control, is committed to disseminating information to its readers regarding HIV/AIDS. The speaker for the luncheon will be Rev. Edwin Sanders, pastor of the Metropolitan Interdenominational Church of Nashville. Sanders will speak with the publishers on “Setting the Record Straight: HIV/AIDS and the Black Community.” When asked by The Mississippi Link what he hopes the publishers will take from his message, he responded: “I hope the publishers will walk away with a more comprehensive knowledge on the issues that are driving this disease.”
Sanders and his congregation have been in the fight against HIV/AIDS for more than 25 years. They became involved shortly after one of the founding members of the church died from AIDS. The church has an outreach program which provides HIV/AIDS patients with transportation to appointments and provides prevention information to young adults.”
Sanders said people believe that HIV/AIDS is being driven by promiscuity, ethics and a lack of morals, but it is a much broader and much more complicated issue. He said that this disease does not have as much to do with sexuality as one may think. He hopes his message will help dispel ill-founded and misrepresented truths or non-truths.
On Friday, June 22, NNPA will have its annual Legacy Awards dinner where Civil Rights icon Ambassador Andrew Young and past NNPA chairman Danny J. Bakewell Sr. will be honored.
NNPA Chairman Cloves Campbell said he is excited about the upcoming convention and believes it will be an extremely successful gathering for the overall organization. He appreciates the sponsors and partners which include AT&T, GM, Toyota, Ford, Wells Fargo, Nielson and Miller Coors.
Other friends and supporters are Home Depot, Microsoft and Miller Coors.

Alcorn State University students and alumni are proud that Alcorn keeps ranking high as one of the best colleges in the United States. The 2014 “US News and World Report” rankings released today confirmed Alcorn’s standing as No. 29 among Historically Black Colleges and Universities and No. 35 amid Top Public Schools (Regional South).

Alcorn’s overall ranking No. 77 among the South’s regional universities is a testament to the… […]

By Ayesha K. Mustafaa Editor The National Newspaper Publishers Association Foundation (NNPAF) has awarded 21 cash scholarships of $1,000 each to student scholars for the 2015-2016 school year. The recipients attend Historical Black Colleges and […]

By Gail M. Brown Editor   African-American journalists from Jackson, Miss. are among thousands from around the nation in New Orleans this week for the 37th Annual NABJ Convention and Career Fair. June 20-24, media […]