More than 950 black elected and appointed officials among entries

Many would agree that it is important to document and highlight the achievements of African-Americans in Mississippi. It helps to educate the masses about black history. Who’s Who in Black Mississippi is a publication that does just that.
Mississippi Publisher Dr. Juanita Sims Doty is proud to announce the unveiling of the 2nd edition of “Who’s Who in Black Mississippi.” This edition pays tribute to more than 950 black elected and appointed officials in Mississippi as well highlight corporate, political, community, business, educational, spiritual leaders and professionals. “These are individuals who set an extraordinary example  and make a difference in our communities,” said Doty.
The 2nd edition unveiling ceremony will be held June 23 at 6 p.m. at the Convention Center Complex in downtown Jackson.
Such Who’s Who publications focusing on the black community are published throughout major cities across the nation carrying the respective city’s name in its title. Mississippi’s inaugural edition in July 2010 made history as the first statewide book.
“It’s gonna be a phenomenal tool for African American young people to model and see what they can be by visualizing it and reading about these phenomenally talented African Americans who lead the State of Mississippi,” Carter D. Womack, vice president of Market Development told WLBT.

The Who’s Who company is based in Columbus, Ohio. It is responsible for publishing these books in more than 25 major cities around the country.
According to Doty, people are nominated to be honored in this publication. “For the 2nd Edition, many of the 2010 honorees nominated people from all over the state to be a part of this 2012 edition,” she said. She said this upcoming edition includes a myriad of outstanding personalities.
Longtime Mississippi businessman Socrates Garrett was among the individuals featured in the inaugural edition. “It is a tremendous honor to be recognized for your work,” he said. “The cadre of participants who were selected for inclusion in the periodical were just outstanding. There were people from all walks of life that had accomplished much more than I, who were dully recognized and deserved to be recognized for their contributions because most of their work is without recognition. They often strive to succeed against tremendous odds. For someone to say, ‘job well done,’ means a great deal.”
Garrett applauds Doty for her efforts in initiating this project for Mississippi. “Ms. Doty is one of those individuals who should have been included in the publication herself,” added Garrett. She is an outstanding organizer and has done yoman’s work in our state.”
Garrett cited one example of Doty’s accomplishments was when she hosted a regional Alpha Kappa Alpha Sorority, Inc. Regional Conference in Jackson that attracted more than 2,000 members to the capital city, greatly boosting its economy.
Doty stressed that getting this book published was of great passion and very personal for her. She said too often as she travels around the country, people have a negative view of the state. “I get many questions about what it is like to be born black and live in Mississippi,” she explained. “I quickly say, ‘I have lived here all of my life and I don’t plan to leave.”
She said, “‘Who’s Who in Black Mississippi’ will provide the evidence of who we are and the impact we have, not only in the State of Mississippi, but across the nation and, indeed, the world.”
A project of this magnitude is not without assistance, sponsors and partners. Doty said she and her committee are grateful for the outpouring of support the project has received this year: 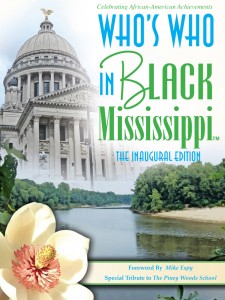 Special To The Mississippi Link JACKSON – Tourism in Mississippi, the fifth-largest private sector employer and one of the largest export industries, continues to positively impact the state’s economy. The industry generated expenditures of $5.97 […]

Winter storm watch in effect for parts of Mississippi on Friday

December 5, 2013 Online Editor News Comments Off on Winter storm watch in effect for parts of Mississippi on Friday

JACKSON, Mississippi (AP) — A cold front is expected to bring freezing rain to north Mississippi late Thursday and into Friday with accumulations of up to one quarter of an inch in places. Alan Gerard, […]

NEW ORLEANS (AP) – Four Deep South states are getting nearly $6 million to preserve sites and highlight stories related to the African-American struggle for equality in the 20th century. The Interior Department says Alabama […]