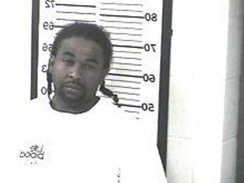 The Mississippi Highway Patrol’s Bureau of Investigation, along with the Tunica Police Department and the Tunica County Sheriff’s office, has arrested a man in connection with the north Mississippi highway murders.

“Hundreds of man hours have been devoted to tracking down and arresting this individual,” Gov. Phil Bryant said. “Public safety is of paramount concern to us. Just as a week ago, with the resolution of the kidnap/murder case in north Mississippi, again we see the effective results of a unified effort of several law enforcement agencies working together.”

James D. Willie, 28, of 14332 Ballentine Road, Sardis, Mississippi was arrested at 9:00 a.m. Tuesday, May 15th. Tunica police responded to a reported disturbance at 2661 Old Highway 61, Apt. D-2. Authorities found Willie with a woman who alleged he had raped her and he was taken into custody.

At the time of his arrest, a Ruger 9mm, semi-automatic handgun was found in Mr. Willie’s possession. It was determined after a testing by state Crime Lab scientists, the weapon matched the weapon used in two murders in northwest Mississippi last week.

Schlender’s car was found in the median of Interstate 55 near the Pope exit in Panola County and Carswell’s car was located in Tunica County near the intersection of MS713 and Interstate 69.

“The Bureau of Investigation and Crime Laboratory dedicated all resources available to this investigation,” said Public Safety Commissioner Albert Santa Cruz. “Our citizens have been terrorized by these murders and we worked tirelessly to resolve them.”

Willie is being held on charges of aggravated assault, kidnapping and rape. Authorities will formally charge Willie with two counts of capital murder later today.

JACKSON – (AP) The City of Jackson says contractors have fixed a 42-inch water main off Interstate 220 in south Jackson, but people there should keep boiling any water that will end up in someone’s […]

News Briefs From Across The State By Monica Land Carpenter often did work for his neighbors The trial of a Fulton man charged with killing his next door neighbors has been scheduled for Oct. 8 […]