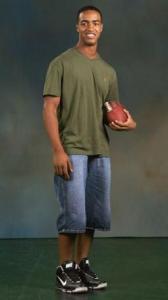 OCEAN SPRINGS – Grief counselors were on hand Monday morning at Ocean Springs High School (OSH) after a 17-year-old student was killed and two of his friends injured in an accident late Sunday night.

Detective Lt. John Flowers said Daegan L. Stallworth, a sophomore and football player at OSH, was pronounced dead at the scene after his car ran off the road, went airborne and hit a culvert and a power pole.

Flowers said they received a call about 9:15 p.m., May 13, advising of a single-vehicle accident on Old CCC Camp Road about a half mile west of Riley Road.

Flowers said when officers arrived, the vehicle, a 2004 Infinity G35, driven by Stallworth was resting on the driver’s side.

“Preliminary results from the investigation indicate that speed was a contributing factor,” Flowers said. “The vehicle was traveling westbound on Old CCC Camp Road, which is a paved two-lane road that runs east and west, when at some point, it left the roadway and struck a culvert which caused the vehicle to go airborne.”

Flowers said the vehicle hit the culvert and a power pole before it rolled over several times.

He said one of the victims, Dean, was thrown from the vehicle.

“Stallworth was wearing a seatbelt,” Flowers said, “but his passengers were not.”

The Sun Herald reported that Dean broke her pelvis and sustained a puncture wound to the lung, while Braddock reportedly broke his neck, arm and nose.

Dean and Braddock were reportedly dating.

Toxicology results from the result are pending while students at Ocean Springs High mourn the loss of a popular running back who was also a talented musician.

“He was well-liked and respected by kids and staff,” Ocean Springs High School Principal David Baggett told the Sun Herald. “We notified the 10th grade class first thing Monday morning so they could grieve with one another. That‘s the best that you can do.”

“It is a tragic event to lose a young man at such a young age,” Lt. Flowers said. “Our sympathies are with his family and friends. No parent should have to see their child laid to rest.”

Funeral services for Stallworth are incomplete.