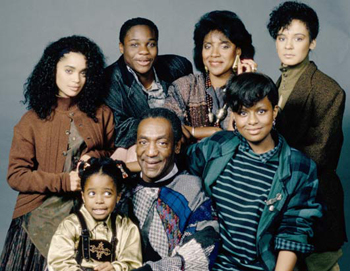 HATTIESBURG – School officials at the University of Southern Mississippi said six members of a sorority meant no disrespect after they went to a party dressed in blackface, but they have placed the students on probation.

The Associated Press said the six women were depicting the Huxtable family from the situation comedy, “The Cosby Show.” The Huxtables were a successful black family of seven where the mother was a lawyer and the father was a doctor.

School officials said the “80’s” themed social event was sponsored by the USM chapter of Phi Mu sorority at an off campus location in Hattiesburg, Miss., last Wednesday, and the location was not disclosed.

The university and the sorority confirmed the incident Monday in statements released through USM. The students, all members of Phi Mu sorority, have not been publicly identified.

The school and sorority said they would have no other comment while each looks into the matter further.

“Though it is clear that these women had no ill intent, it was also clear that they had little cultural awareness or competency, and did not understand the historical implication of costuming in blackface,” said Dean of Students Dr. Eddie Holloway.

The six women have been placed on probation by the national sorority and chapter sanctions will include multiple diversity and cultural competency educational requirements.

“Though clearly without overt intent, this photo was offensive, insensitive and regrettable, and is counter to the rich appreciation for diversity that marks our student body,” Joe Paul, USM’s vice president for student affairs, said in a statement.

“The conduct of these members in no way reflects the values and standards of Phi Mu Fraternity,” Phi Mu National President Kris Bridges said in a statement. “Our chapters are expected to abide by our policies and uphold a values-based culture. I am deeply disappointed by the actions of these members in their choice of costume for the social event.”

Paul said the executive officers of Phi Mu and the women involved met Sunday with a group of USM African-American student leaders.

“We thought it important to begin an open dialogue immediately, and all those involved were not only cooperative but open, honest and candid,” he said.

Bridges said the incident is being investigated and there could be more disciplinary action. She said the local chapter will sponsor a campus-wide program on diversity appreciation.