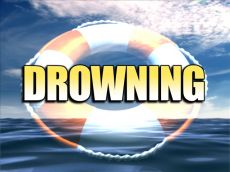 Man was not wearing a life vest

Mississippi authorities said they recovered the body of a 50-year-old Vicksburg man who fell overboard while fishing in the Ross Barnett Reservoir.

Lt. Randy Newell, spokesman for the Department of Wildlife Fisheries and Parks, said a dive crew pulled up the body of Christopher Scott Ingraham about 10:20 a.m. Sunday, Nov. 13, after it was located with side scan sonar.

He says a crew began searching Saturday afternoon, after the man’s wife called the Reservoir Patrol to say her husband had fallen from their boat about two miles north of Mississippi 43.

Newell says Ingraham was not wearing a life vest.

Hinds County Sheriff’s Department Sgt. Richard Brown revealed last week in court that the 2008 shooting death of 48-year-old Larry Hunter, of Edwards is now being investigated as a murder-for-hire.

Brown testified in the preliminary hearing of 42-year-old David Scott Fultz of Edwards and 28-year-old Kenny Bingham, who lived in both Edwards and Gulfport.

Bingham, Fultz and a third co-defendant, 28-year-old Kelvin Washington of Raymond are charged with capital murder in Hunter’s death.

Authorities had speculated that Hunter was killed Feb. 11, 2008, while on his way to feed his horses about a mile from his home, and robbery was the motive. He had received a tax refund check of at least $6,000, but the money was missing and never recovered.

A federal judge has postponed trial for a Tupelo man charged with bank robbery and granted the suspect’s request to undergo a mental evaluation.

Cory Juwan Baker is charged with bank robbery by force, unlawful transport of firearms, and use of a weapon in the commission of a violent crime in the robbery of the M&F Bank in Tupelo on Sept. 9.

He has pleaded not guilty. He is being held without bond in the Lafayette County Detention Center. Trial is now scheduled for Dec. 12.

The Laurel City Council has approved the construction of a nearly $300,000 facility at the Laurel Sportsplex in preparation for the 2013 World Series.

The city will use the money to build press box facility at the sportsplex.

Officials say both events will be held at the same time, which will be the first week of August 2013.

Itawamba County supervisors have approved the hiring of a new deputy coroner.

Summerford will attend a 40-hour training course later this month, the completion of which will certify her for the position.

Deputy coroners act in place of the county’s elected coroner when he is unavailable. In particular, their jobs involve responding to calls of dead bodies found throughout the county. Their onsite duties and responsibilities are largely the same.

Currently, the county has one deputy coroner, Alan Popetz. Coroners and their deputies are paid a fee for responding to calls.

Jackson police said a dispute about a woman may have caused one man to shoot his brother. Officer Colendula Green said Leonard Robinson, 50, said he was shot three times by his brother at a residence in the 2500 block of Prosperity Street near Woodrow Wilson Avenue.

Police were searching for Robinson’s brother, who fled the scene in a red Ford F-150 pick up truck. The two were arguing about a woman.

Robinson, who was reportedly shot in the leg and arm was treated and released at Baptist Medical Center.

This HUD-VASH funding is awarded to the Housing Authority of the City of Jackson because they agree to partner with eligible VA medical facilities as provided for in the Omnibus Appropriations Act 2011. The Appropriations Act made voucher funding available for HUD-VASH to provide rental assistance under a supportive housing program for homeless veterans as authorized under the United States housing act of 1937.