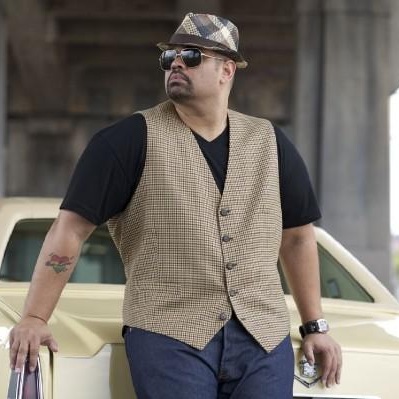 BEVERLY HILLS – A man who was as smooth as he was talented, and helped shape rap music in the late 80s and early 90s, died Tuesday at the age of 44. Heavy D, who billed himself as “the overweight lover,” died in Los Angeles after collapsing at his condominium in Beverly Hills.

Heavy D, whose real name was Dwight Arrington Myers, was the front man for the rap group, Heavy D. & The Boyz, and rose to fame with several chart-topping hits including his first single released in 1987, “The Overweight Lovers in the House,” and later, “We Got Our Own Thang,” “Now That We Found Love” and “Black Coffee.”

Police said Heavy D died in the emergency room of Cedars Sinai Medical Center on Nov. 8 after they received a report of an “unconscious person” laying on the walkway of a building.

Police responded to the 400 block of North Maple Drive in Beverly Hills around 11:25 a.m., and Heavy D was “conscious, communicative, but having difficulty breathing,” police said.

Investigators learned that Heavy D was returning home from shopping and experienced difficulty breathing walking into his building. He was being assisted up to his apartment by building personnel when he collapsed in an exterior hallway.

MTV News reported that Ed Winter, of the Los Angeles County Coroner’s office, said Heavy D was ill before he collapsed Tuesday morning and “that he had gone to the doctor the day before with what appeared to be flu-like symptoms.”

Heavy D’s cousin, Ruddy Phillips, reportedly told the Daily News, that Heavy had just returned from England where he reportedly saw actor James Earl Jones performing in the stage version of “Driving Miss Daisy,” and that “he had a touch of pneumonia, maybe from traveling.”

Heavy was transported to Cedars Sinai and reportedly pronounced dead at 1 p.m.

MTV said that although an autopsy has been performed, the coroner declined to announced the cause of death until toxicology tests were completed. Heavy D was allegedly taking various medications due to the flu-like symptoms, MTV said.

Born in Mandeville, Jamaica on May 24, 1967, Heavy D was the youngest of six children and moved to Mount Vernon, New York with his family in the early 1970s. Reportedly, his mother worked as a nurse and his father as a movie equipment repairman.

Heavy D discovered rap music at age eight and by junior high was making his own demo tapes. He later formed the Boyz with high-school friends DJ Eddie F (Eddie Ferrell), Trouble T-Roy (Troy Dixon), and G-Wiz (Glen Parrish). Their demo tape found its way to Def Jam executive Andre Harrell, who was in the process of forming his own label, Uptown. Harrell made Heavy D & the Boyz the first artists signed to Uptown in 1986, and they released their debut album, “Living Large,” in 1987. The album was a commercial success, though “Big Tyme,” released two years later, was a breakthrough that included four major hits.

“Peaceful Journey,” the group’s 1991 album was dedicated to fellow member, Trouble T-Roy, who died from a fall while the group was on tour in 1990.

In the mid-90s Heavy D became the president of Uptown Records, and in several other ways his influence extended beyond his albums. He recorded the theme song to the popular comedy variety show “In Living Color”; recorded hit songs with both Janet Jackson (“Alright” in 1990) and Michael Jackson (“Jam” in 1992); and had a hilarious cameo in the video for “One More Chance,” an early hit for the Notorious B.I.G., who followed in Heavy D’s big-man footsteps.

Heavy D also had recurring roles on TV shows including “Roc,” “The Tracy Morgan Show” and “Boston Public,” and the films “The Cider House Rules” and “Life.”

Heavy D, who was 6 feet 3, and at one point weighed more than 300 pounds, had slimmed down in recent years and appeared in recent episodes of “Law & Order SVU” and “Tyler Perry’s House of Payne.”

Heavy D was planning for his musical comeback and released his last and final CD, “Love Opus,” in September. He performed a medley of his past hits in October at the 2011 BET Hip Hop Awards.

Heavy D is survived by his teenage daughter, Xea.