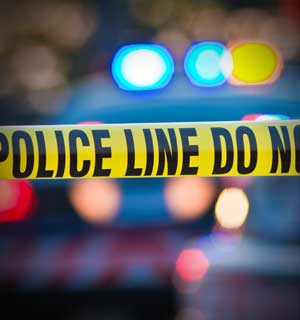 Shaw Police chief Levi Ford said one of his officers is still in rehab after being involved in a car accident in September that left two Delta State students dead. Ford said about 7:45 a.m., on Sept. 8, Shaw police officer Tony Collins was responding to a violation when a car pulled out in front of him.

Ford said the car was driven by 22-year-old Takeysha Dorsey, and that the accident occurred at the intersection of Dean Street and U.S. Highway 61.

Ford also said it didn’t appear that Officer Collins was traveling at a high rate of speed.

“The Mississippi Highway Patrol was the lead investigator on this case,” Ford said. “And according to their uniform accident report of the investigation, they indicated that he was only going about 50 miles per hour at the time.”

Officer Collins was critically injured in the crash and was airlifted to UMC in Jackson.

Ford said Dorsey had a passenger in her vehicle, 19-year old Lashonda Rice, and both women were killed in the accident. One was pronounced dead at the scene while the other was taken to the Bolivar County Medical Center where she was pronounced dead.

2 arrested for forcing child into prostitution

Biloxi police have charged two people with using a child for prostitution. Police Sgt. Aldon Helmerte says 30-year-old Cindy Lee Hazlett of Biloxi and 37-year-old Christopher Robert Pendowski of Ocean Springs were being held on $200,000 bond each. They are each charged with human trafficking.

Helmerte says both have been in custody at the Harrison County jail since their arrests on other charges earlier this month.

Police have not released details on the age or gender of the child or how the investigation unfolded. Anyone convicted under Mississippi’s human trafficking law faces up to 30 years in prison.

The Mississippi Supreme Court has declined to hear an appeal from a Jackson man sentenced to serve 10 years in prison for raping a 16-year-old girl. The court’s decision came this past week in a 2009 case involving Joseph Wilson, who had pleaded guilty to rape in Hinds County. He was sentenced to 20 years in prison with 10 years suspended.

Prosecutors say Wilson drove the girl to a wooded area in north of Jackson on Oct. 19, 2005 and raped her.

The next day, the girl told a family member at school what happened and police were called.

Three DeSoto County school buses were stolen, but school system officials said Friday that the thief returned two of them. The Commercial Appeal reports the third bus was recovered by police at the corner of Jefferson and Stonewall in Olive Branch.

According to a school system statement, the buses were damaged and there was some damage reported to fencing at the schools where the vehicles were stolen on Thursday.

Tom Spencer, associate superintendent of finances and operations, says such thefts happen every few years. In the past, he says, “it has been kids that want to take the bus for a ride.”