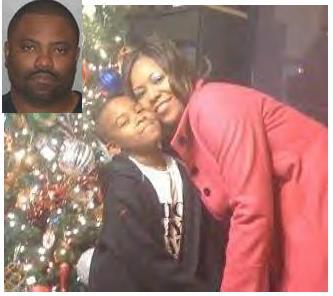 MEMPHIS – Details continue to emerge about the violent history of a firefighter accused of killing his ex-girlfriend in the parking lot of a Memphis hospital last week. Frank Graham, 34, is being held without bond for allegedly shooting Taffi Crawford, 35, in the head three times.

Crawford was airlifted to The Med in Memphis where she later died of her injuries.

Crawford, a nurse originally from Winona, Miss., was reportedly on her way to work at the Delta Medical Center when she was approached by Graham just before 9 a.m., on Feb. 12. Authorities said Graham and Crawford argued before he pulled a gun and shot her to death.

Officials said Graham has a history of violence and domestic abuse and that his relationship with Crawford was also marked with violence.

Reports said that Graham, a firefighter with Station 2 in Memphis since 2004, was suspended without pay for three weeks in 2007 after he was arrested on two occasions. Once, following a run-in with his ex-wife in a Walmart parking lot, and a second time for fighting with his ex-wife’s brother.

Graham was issued a disciplinary letter from the fire department prior to his suspension.

Printed reports said that both Graham’s ex-wife and her brother filed orders of protection against Graham, but those orders were dismissed by a judge.

In their divorce records, Graham’s ex-wife told officials that she feared for her life and that Graham was erratic and exhibited dangerous behavior. The records also said he physically assaulted her several times.

Friends told local news outlets that Crawford and Graham had a stormy relationship, and that Graham reportedly broke Crawford’s finger some time ago when they attended a social gathering together.

“She was scared, she was very scared of him,” Hinton said. “Somehow he kept getting back in her life. I’m not sure how, he was just always there.”

Regina Curtis, who grew up with Crawford in Winona, also told reporters that Graham was physically aggressive.

“I knew she was trying to get away from him,” Curtis said. “She didn’t want to have anything to do with him. He just wouldn’t accept no.”

Reportedly, Graham was recently arrested for breaking the windows in Graham’s car and at her Southaven, Tenn., home.

Crawford reportedly filed an order of protection against Graham in Olive Branch, Miss.

My Eyewitness News in Memphis reported that a fellow firefighter recently came forward saying that he had concerns about Graham, and that Graham had threatened his life. That firefighter was reportedly dating Crawford. The firefighter reported the incident to his immediate supervisor, but those charges were not forwarded to headquarters until after Graham murdered Crawford.

Shortly after the shooting last week, Graham reportedly told police that he stalked Crawford prior to the shooting and that he borrowed a friend’s car and drove to the hospital where Crawford worked. He said he argued with her and he fired his gun, but he denied killing Crawford.

Graham appeared in a Memphis court on Feb. 15, and he was charged with first degree murder and use of a firearm during the commission of a dangerous felony. He remains in jail without bond.

Friends and family, however, continue to gather to remember the life, not the death, of Taffi Crawford. Relatives say Crawford fulfilled her dream by becoming a nurse and working as a nurse at Delta Medical Center and full-time in the emergency room at Baptist Memorial Hospital.

A “Remembering Taffi Crawford” page has been set up on Facebook where the number of members and tributes to Crawford continue to grow. Photos of Crawford at work, with her family and friends all paint a picture of a young woman who loved to laugh and who loved life – and that is how her friends choose to remember her.

Dozens of posts testify to Crawford’s happy spirit and her infectious ‘smile.’

“To know Taffi was to love her,” Shannon McMullen simply said.

A memorial service was held for Crawford at New Fellowship Christian Church in Olive Branch, Miss., on Wednesday, and funeral services were held Saturday in Winona. Burial followed at Forest Hill Cemetery in Winona.