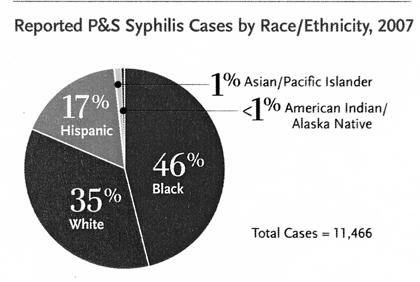 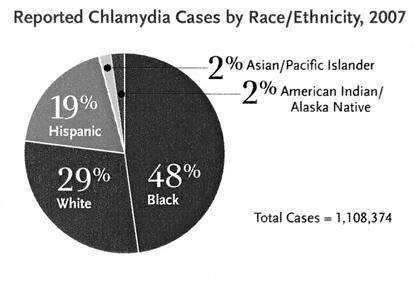 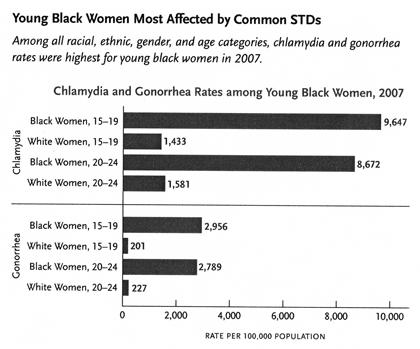 Jake thought he had finally found the girl of his dreams.

He and Brenda met through an online personal ad and she was everything he’d hoped for in a woman. After some time together, Jake decided he wanted to spend the rest of his life with Brenda.

He thought about that as he stepped into the shower and the soap and water ran down the length of his body. Experiencing sudden sharp pains, he looked down only to notice three bumps that looked like small ingrown hairs on the shaft of his penis. Jake suspected he might have herpes. His doctor later confirmed it.

In another case, Shante’ too, was living her dream. She’d married her one true love and was pregnant with his child. But the harsh reality soon set in. She tested positive for HIV, infected by the man she married just one year ago. And the baby she later gave birth to, lived only 26 short months, dying from HIV complications.

Like Jake, Shante’s dream had become a nightmare. They were unknowlingly infected with a sexually transmitted disease (STD) by someone they loved.

This week, the Centers For Disease Control (CDC) released its most recent report (2007) on the spread of STDs and the numbers are “staggering.”

While STDs affect individuals of all races and nationalities, the report shows that African-Americans bear the greatest burden, with the heaviest toll on young black women. According to CDC statistics, blacks represent just 12 percent of the population, but they account for almost half of all reported chlamydia and syphilis cases in 2007, and 70 percent of all gonorrhea cases reported in the nation. Gonorrhea rates among blacks were 19 times that of whites.

For several years, the state of Mississippi has consistently ranked near the top when it comes to STDs, in fact, ranking number one in both gonorrhea and chlamydia cases. Mississippi also has the highest teen birth rate in the nation.

According to the Mississippi Department of Health, in 2007, Hinds County led the state with 3,256 cases of chlamydia, 1,430 cases of gonorrhea, 27 cases of syphilis and 132 cases of HIV. Statistically, Rankin and Madison counties were not far behind.

Researchers attribute these nationwide statistics to socioeconomic factors including the lack of or access to quality healthcare and STD prevention and treatment services.

In order to reduce the most severe consequences of STDs among the black population, it is critical to ensure that all sexually active African-Americans have access to the recommended screening and treatment services.

For years, Mississippi has been the only state that requires mandatory blood tests for syphilis screening for engaged couples. And yet, it consistently ranks high on the charts for sexually transmitted diseases.

State Rep. Sidney Bondurant, R-Grenada, who is also a physician, and other critics argue that the state could have saved more than $3 million within the last 10 years by eliminating the required premarital STD screening and focusing their spending and testing on another group.

“If you’re looking to screen for these diseases universally,” he said. “You need to test the entire population or a selective group that you know has been exposed to or will be exposed [to the disease], such as young adults or individuals who are already sexually active. Those requesting a marriage license are a fairly low risk group.“

Though most STDs can be easily diagnosed and treated, many cases go undetected because they have no noticeable symptoms. Without treatment, however, individuals with STDs are at risk of serious health problems, such as infertility in both men and women and an increased risk of HIV infection.

Although sexually transmitted diseases such as syphilis date back to the 18th century, what’s new is the alarming increase of infections. It is estimated that 2.8 million new chlamydia cases occur in the United States each year, but more than half remain undiagnosed and unreported. Still, chlamydia remains the most commonly reported disease in the United States.

Gonorrhea, formerly known as ’The Clap,’ is the second most commonly reported disease in the United States, with more than 350,000 cases reported in 2007. Racial disparities in gonorrhea rates are the most extreme of all reportable STDs. Blacks accounted for 70.3 percent of all gonorrhea cases in 2007 (250,245 cases).

Among all racial, ethnic, and age categories, gonorrhea rates were highest for black women 15 to 19 and 20 to 24 years of age.

Like Chlamydia, gonorrhea is substantially under-diagnosed and under-reported, and approximately twice as many new gonorrhea infections are estimated to occur each year as are reported to the CDC.

In 2007, 46 percent of all reported cases of primary and secondary (P&S) syphilis – the early and most infectious stages of the disease – in the U.S. occurred among blacks and the syphilis rate for blacks was seven times that of whites.

While this represents a substantial decline from 1999, when the rate among blacks was 29 times greater than among whites, significant disparities remain.

Additionally, the P&S syphilis rate among blacks in 2007 increased 25 percent from 2006, compared to an overall rate increase of 15.2 percent for all races. Among blacks, males represented the greatest increase at 28 percent – a majority of whom were likely to be men who have sex with men.

While the majority of P&S syphilis cases occur among men who have sex with men, cases among women and infants have increased in recent years. The rate among black females increased for the third year in a row in 2007. This increase was slightly higher than the 10 percent increase in the syphilis rate among women of all races. The rate of P&S syphilis in black females in 2007 was 14 times as high as that of white females.

In pregnant women, untreated syphilis can result in congenital syphilis (transmission from mother to infant), a serious and often deadly condition. The rate of congenital syphilis among blacks increased 22 percent between 2006 and 2007, which is almost twice the 12.9 percent increase in the overall national rate.

The causes for the pandemic in STDs vary from: an increase in sexual partners, unprotected sex and men living on the “down low” or having sex with other men and not telling their female partners, as in the case of Shante‘.

Jake also wanted revenge, and to some degree, he got it.

“I was angry,” Jake said. “A relationship is the last place you think something like this will happen. The fact that she didn’t tell me she had it hurt.”

Heartbroken and angry, Jake went to bars around his apartment complex and started to meet other women. He had sex with two of them, telling neither he had an STD and using protection with only one.

“I was in denial that I had it and figured if I told them, no one would want to have sex with me ever again,” said Jake, a contractor for the Navy. “After the second girl, I thought: What am I doing? I’m doing to them exactly what was done to me.”

Unfortunately, Jake’s decision has become all too common. Scores of men and woman across the nation are being criminally charged for knowingly infecting others with STDs.

Worldwide, medical professionals agree that without proper treatment and prevention, STDs will continue to overwhelm the black population.

“The only way to stop the spread of [STDs] is to treat both of the infected individuals,” Dr. Luke Lampton of the state board of health told the Clarion-Ledger. “If you treat just one partner, they will usually get re-infected, and both will then continue to spread the disease.”