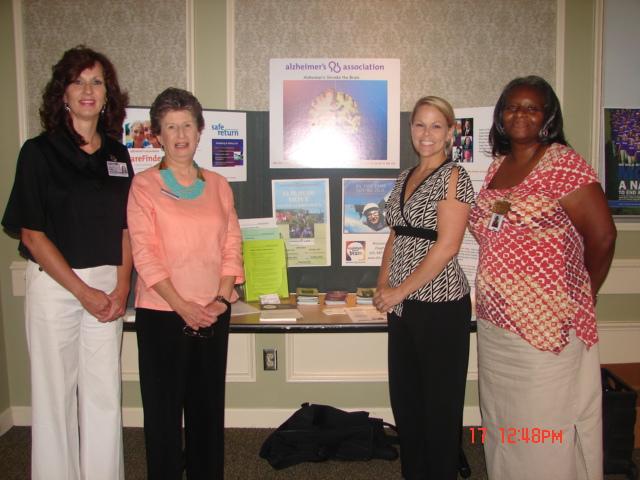 Did you know that there are nearly 52,000 persons in Mississippi with Alzheimer’s disease or related dementia?

There is an estimated 5.2 million diagnosed cases of Alzhemier’s in the United States. The operative word here is ‘diagnosed.’ There those with the disease, but have not been diagnosed. It is the leading cause of memory loss today, “recognized as one of the most devastating maladies of our time,” reports the Alzheimer’s Association.

It is one of several disorders that causes gradual decline of brain cells. It advances at different rates, robbing the brain its memory and thinking skills first, then other regions. It ultimately leads to death.

To live with such a disease not only devastates the patient, but is also extremely stressful on the caregiver. That is why the Mississippi Chapter of the Alzheimer’s Association of Jackson, Miss., Trace Pointe Senior Living Community and the Baptist Adult Day Health Services (BADHS) both of Clinton, Miss. have joined forces to reach out to caregivers to help them cope in caring for themselves and their loved ones.

“As caregivers bring their loved ones to our adult health services, we often see the stress on their faces,” said Lesa Meaders, BADHS administrator. “We’ve been wanting to do something to help them and others like them for a long time.” Meaders stressed that the support group is opened to the general public.

The support group will begin July 15 at 11 a.m. and will meet the third Tuesday of each month thereafter in the Trace Pointe Conference Room, 501 E. Northside Drive, Clinton.

To announce the support efforts for families of loved ones with memory loss diseases, the three entities recently held a seminar titled “Is it Alzheimer’s or Dementia?” Barbara Dobrosky, program director for the Mississippi Chapter Alzheimer’s Association, was the featured presenter.

Dobrosky shared her parents’ and grandmother’s alzhemier’s situations and how they affected their family. “I share this because I want caregivers to know that it is okay to reach out; it’s okay to say, ‘I need help,’” she said. Dobrosky emphasized Caregivers should never and patients should never be ashame.

Emme Wilson, Trace Pointe’s special care program director, said that support groups are so important. “Caregivers become like family to each other in support groups,” she said. “It helps knowing that someone else personally understands what you as the caregiver goes through. We draw strength from each other,” said he Wilson, who 46 years of nursing experience.

Caregivers and members of the general public who would like to participate in the “brown-bag” lunch Alzheimer’s support group should call Meaders at the Baptist Adult Day Health Services at (601) 926-1222. Bring your lunch and the organization will provide the beverage.