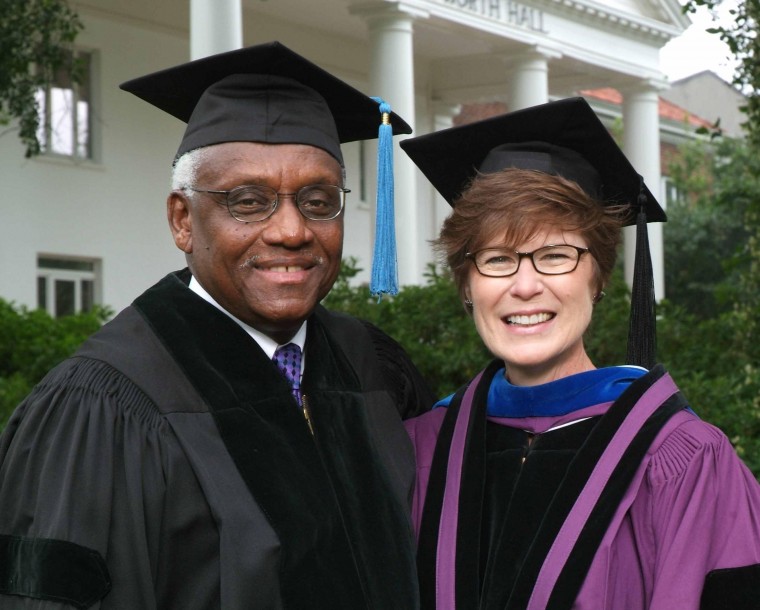 JACKSON, Miss.—Dr. Leslie Burl McLemore of Jackson was honored with a

extraordinary ability to create community and opportunity. He is the

president of the Jackson City Council, professor of political science at

Institute on Citizenship and Democracy.

“As a dynamic force for change, as an educator, and as a civic leader,

we salute him. For his guidance, his commitment and his compassion, we

salute him. Dr. Leslie Burl McLemore serves as an inspiration and a role

model for the next generation,” said Millsaps College President Dr.

Frances Lucas during the outdoor ceremony.

demonstrations and voter registration drives and was the founding

president of the college chapter of the NAACP while attending Rust

College in Holly Springs. In 1962 he became associated with the Student

Nonviolent Coordinating Committee and in 1964 he was elected vice chair

of the Mississippi Freedom Democratic Party.

A constant supporter for youth in the community, McLemore is the

America where his focus has been on advising and supporting African

American males in the Jackson Public School District. The mission of the

Hamer Institute, which McLemore and colleagues formed in 1997, is to

engage primary and secondary schools in the exploration of the Civil

Rights Movement with students and teachers.

A native of Walls, McLemore earned a B.A. in social science and

economics from Rust, an M.A. in political science from Atlanta

University and a Ph.D. in government from the University of

Millsaps College, founded in 1890, is an independent, national liberal

Millsaps is located in Jackson, Miss., a metropolitan capital city of

425,000. Millsaps College is also the only Mississippi institution

featured in the Fiske Guide to Colleges, and is cited as one of Loren