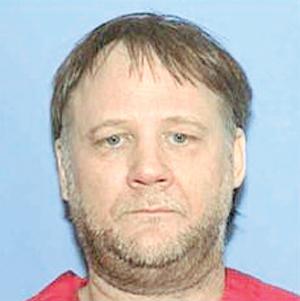 Mississippi Department of Corrections officials said Berry died by lethal injection at 6:15 p.m. at the Mississippi State Penitentiary in Parchman. Berry was sentenced to death for the beating death of Mary Bounds in 1987 in Houston, Miss.

Bounds’ daughter, Jena Watson, and granddaughter, Rebecca Haywood, were among the witnesses at his execution.

Berry was the second inmate executed in the nation since the court upheld Kentucky’s lethal injection procedure in April.

Before the decision, executions had been on hold across the nation.Ear