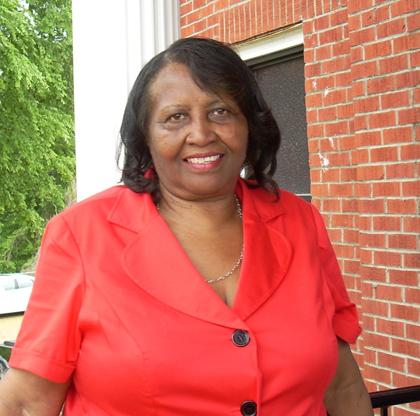 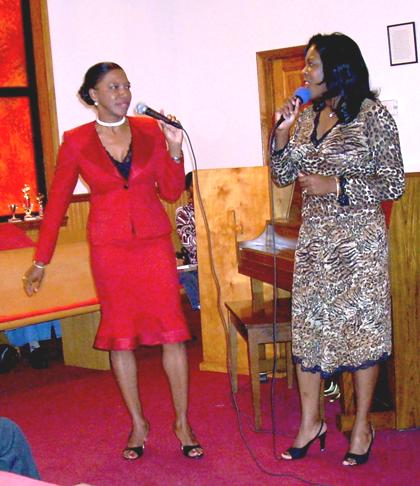 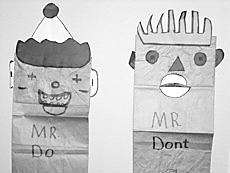 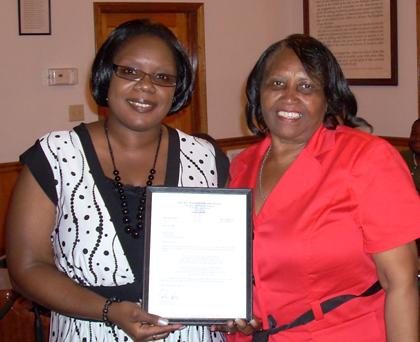 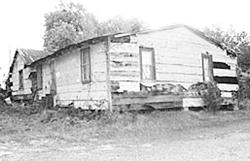 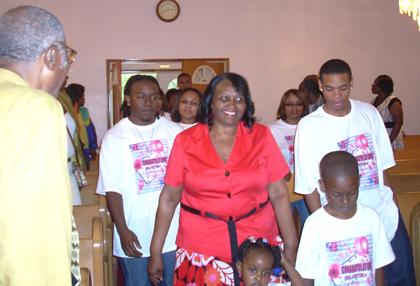 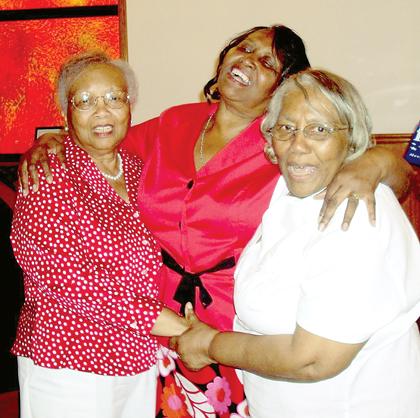 Dr. Martin Luther King, Jr. once said, “Longevity has its place.” It certainly has had its place in the career history of Monzola Randle Ross of Cruger, Miss.

Despite the rain, approximately 100 well-wishers attended a recent retirement celebration for Ross, who has served the past 41 consecutive years with Central Mississippi, Inc. Headstart. The event was held at her church, Mt. Olive Missionary Baptist Church in Lexington, Miss. It is pastored by Rev. Raymon T. Carter, who gave words of wisdom during the ceremony.

“Oh, I was so honored by the program my children, relatives and friends put together for me,” she said. “Everything was so nice.”

Relatives and friends traveled from as far as the West Coast and Chicago for the event. Former students Wendy and Jennifer Young performed a special musical tribute in her honor.

A major highlight of her retirement celebration was receiving a congratulator letter from Congressman Bennie Thompson of the Second District. The letter was read by her eldest daughter Rose Berry. The ceremony also included remarks and tributes from coworkers, other relatives and friends.

Helen Marie Wiley, a former coworker and a lead singer of a local gospel group, served as mistress of ceremonies. “Ree has always been like one of my girls,” Ross said.

Ross’ career with Headstart began in a wood-framed building, now closed and deteriorated, which housed Holly Grove Head-start Center in northeast Holmes County. Ross first served the program as a part-time secretary. After working in that position for three years, she began serving as a teacher. Five years later, she was promoted to head teacher. The title was later changed to center manager.

During her tenure with Headstart, she traveled a great deal to various work-related seminars and workshops. She said traveling was one of her most enjoyable experiences with the program.

However, for her, nothing took the place of her students – “my children” as she so affectionately refers to them. “I took this job because I love children, and love working with them,” she said.

Not only does she love children, she also holds the credential as a certified Child Development Associate (CDA). She has earned numerous other awards and accolades as well.

During her career span, she has impacted the lives of more than 2,400 Headstart children. Many of whom today have their own successful careers. She taught them more than their ABCs and 123s. They learned some valuable life lessons from her hand-made, brown-paper-bag puppets like “MR. DO and MR. DON’T.”

Her three daughters and former students – Rose Berry, Lawanda Ross and Pamela Wiley, all of Jackson, are also in management positions. She feels they got their work ethics from her. Several of her grandsons al-ready have steady jobs. Will her legacy of longevity continue in her children and grandchildren? She prays it will.

Ross gives God the Glory for her success. She also acknowledges the support of some her hardworking co-workers and assistants, understanding administrators, and patient and loving family and friends. “I could not have made it on my own,” she said. “I am grateful to God and all of them.”

She said she rarely took any time off, except for when her husband, Albert Ross, now deceased, was ill.

When asked whether she ever thought she would be with her first and only employer for 41 years, she replied, “I never thought about it; I just worked.”